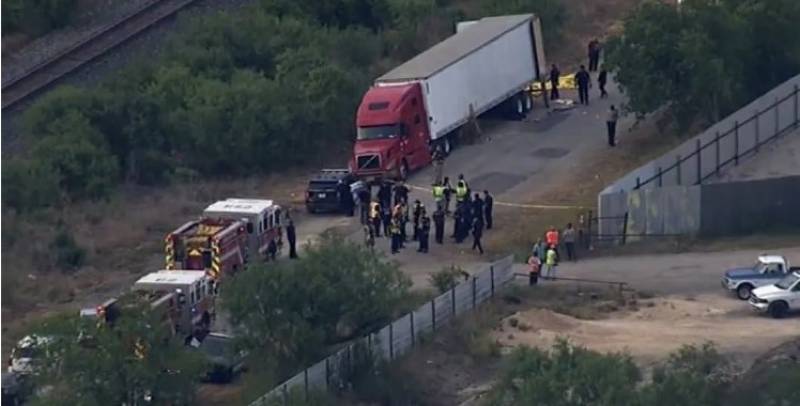 SAN ANTONIO – At least 46 people, who allegedly attempted to cross into the US from Mexico, found dead inside a truck in American state of Texas.

The development was confirmed by Texas Governor Greg Abbot on Twitter. Holding US President Joe Biden responsible for the incident, he said that the causalities occurred due to the “deadly open border policies”.

“They show the deadly consequences of his refusal to enforce the law,” the governor said.

These deaths are on Biden.

They are a result of his deadly open border policies.

They show the deadly consequences of his refusal to enforce the law. https://t.co/8KG3iAwlEk

San Antonio’s WOAI-TV said that the truck was found parked next to railway tracks in the city. All the deceased are believed to be migrants and died of heatstroke.

Reports said that 16 people, including four children, were found alive and they have been shifted to hospital for treatment.

Meanwhile, Mexican foreign minister Marcelo Ebrard in a statement said that the nationalities of the victims are yet to be known.

The recent deaths recall the previous identical tragedies in which thousands of people have lost their lives while attempting to cross into the US from Mexico.

In 2017, ten people died after they got stuck inside a truck that was parked at a Walmart in San Antonio, which is considered a favourite route for human smugglers.