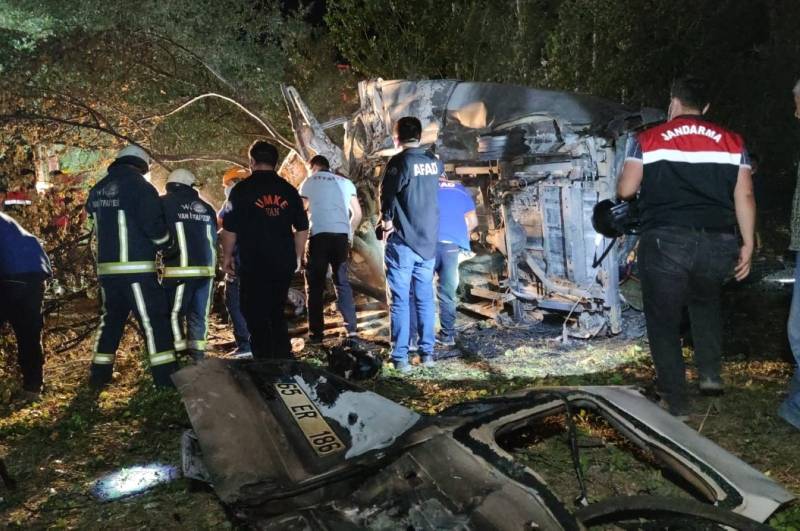 At least 12 people including Pakistani natinoals were killed and 26 others injured after a bus carrying undocumented migrants crashed in eastern Turkey.

The incident occurred on Sunday in Muradiye district in Van province near the Turkish border with Iran. The minivan was carrying Pakistan, Afghan and Bangladesh migrants when the vehicle fell into a ditch and caught fire.

The identities of those killed in the accident were not revealed so far while the police have arrested the owner of the bus.

The exact number of Pakistanis killed in the accident is yet to known.

Migrants, mostly from Iran, Afghanistan and Pakistan, regularly cross the Iranian border into Turkey on foot in a bid to reach western countries.