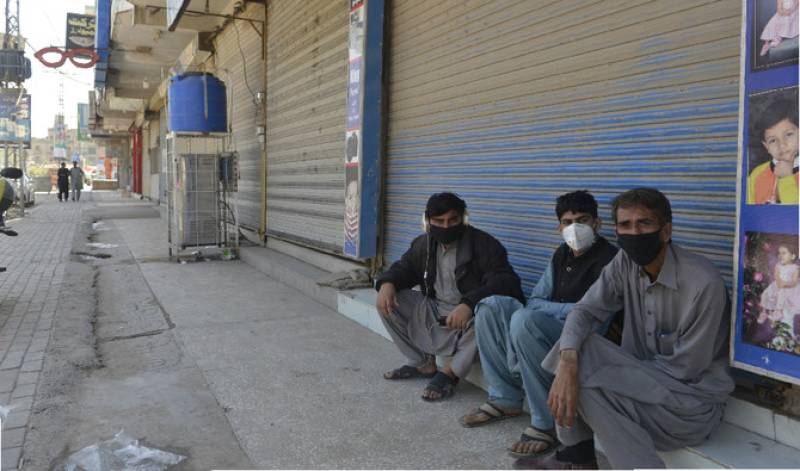 LAHORE – Punjab Chief Minister Sardar Usman Buzdar on Saturday said that keeping in view the current economic situation due to coronavirus, the Punjab government had decided to waive off provincial taxes of Rs18 billion whereas Rs4,000 per family would be distributed among 2.5 million families affected from the lockdown for which Rs10 billion had been allocated.

The CM while briefing the media said there were 530 confirmed corona patients in Punjab out of which 207 were from DG Khan, Lahore 119, Multan 75, Gujrat 51, Mandi Bahauddin 4, one from Narowal, Khushab, Rahim Yar Khan, Attock and Bahawalnagar, two from Sargodha, Mianwali and Nankana Sahib, 10 Gujranwala, 19 from Jhelum, 15 from Rawalpindi and nine from Faisalabad. As many as 82 new corona patients had been reported in the province since the last day.

He said that employment of a large number of people had been affected from coronavirus especially daily wagers and labour class was facing financial difficulties, adding that the government was fully aware about their problems and would not let them alone in their time of trial. This financial aid would be other than the relief package by Federal government, he added.

Usman Buzdar said that, keeping in view the pandemic, under section 401 of Pakistan Penal Code, the government had decided to suspend 90-day imprisonment of the prisoners in Punjab prisons.

Approximately 3,100 prisoners would get benefit from this decision, he added. However, he said, prisoners involved in heinous and serious crimes would not get benefit. Recommendations had been prepared in connection with under trail prisoners and the same would soon be sent to the federal government, he added.

He said that Punjab Infectious Disease Control and Prevention Ordinance 2020 had been enforced which facilitated administration and the Health department authority to implement measures taken for controlling coronavirus beside providing them legal protection.

In response to a question, the chief minister said the government would also review package for the journalists and would take necessary measures to resolve their problems. He said that Personal Protection Equipment was available according to the need for the staff providing treatment to the corona patients. He said that this was not a curfew only some department had been closed partially, adding that action against those who violated section 144 was also being monitored.

Provincial Minister for Finance Makhdoom Hashim Jawan Bakht in response to a question said the government would bring such development projects of worth 100 billion rupees in the next budget which provided job opportunities to the maximum people. He said that under Punjab government programme, financial aid could be get by filling simple online form. Financial aid would be transferred after checking the information already available in database, he added.