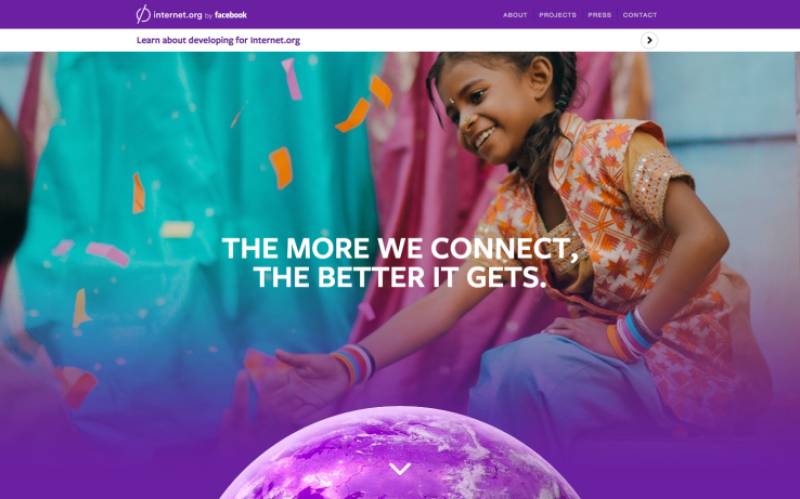 LAHORE (Web Desk) - Facebook’s Internet.org initiative to provide basic internet access for free has been heavily criticized over the past few months, but its business as usual for the U.S. company after its service rolled into Pakistan — a country with a population of over 180 million — today.

Telenor is the local operator partner this time around, and the launch makes Pakistan the eleventh country where Internet.org is present. Telenor’s 35 million customers in Pakistan will gain access to 17 internet service if they opt in to Internet.org, those include the usual mix of weather and news services, as well as Bing and Facebook’s own Messenger service.

It’s hard to mention Internet.org without raising the topic of net neutrality, which has been hotly debated in India since the service arrived there in February.

Facebook’s approach to Internet.org effectively creates a limited ‘walled garden’ of services which customers of partner operators can access for free. That situation hands those chosen services an unfair advantage over their competitors, not to mention that it makes Facebook and operators powerful gatekeepers. Concern around this prompted a number of Internet.org partners in India to withdraw from the initiative, while also increasing awareness of the issue in other Internet.org markets too.

In response, Facebook opened the program up to third-party developers, but a series of caveats imposed on developers — including a ban on VoIP services, no support for HTTPS, and the fact that operators can reject services outright — provides plenty of cause for concern. Added to that, many startups are time and resource constrained already, without the additional demand of creating apps for yet another platform.

Mark Zuckerberg continues to maintain that some access to the internet is better than nothing at all, particularly when billions of people on the planet remain offline. While that statement is undoubtedly right at face value, Facebook’s approach to providing its program is at odds with a fair internet. Critics have argued that offering time-limited access to the entire web would represent a more progressive strategy, but for now Facebook is ploughing ahead with its Internet.org rollout — albeit that it is now a ‘platform’.