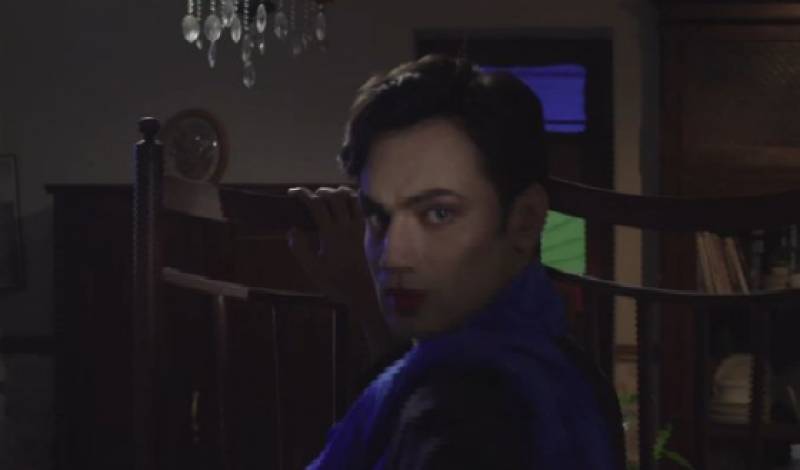 KARACHI - Pakistani drama serials are a great source of entertainment not only for the local audience but the international viewers also. Many latest released Pakistani TV serials including Ranjha Ranjha Kardi, Anaa, Cheekh, Yaariyan are getting appreciation by the audience.

One such another social issue based Pakistani drama is about to be released this Eid ul Fitr. The drama serial is titled as Ishq Zahe Naseeb (Love is Good Luck)and will be on aired on Hum TV.

Prior to the release, the production has recently released three intriguing teasers and the original soundtrack (OST) of this upcoming serial, which has been directed by award-winning television director, Farooq Rind and written by Hashim Nadeem (known for Khuda Aur Mohabbat).

The first teaser represents gender identity issues and cross-dressing as we can see a woman (Yumna Zaidi) looking at herself in the mirror, but we eventually realise that she is only an imaginary reflection of the protagonist Sameer (Zahid Ahmed) as he looks at the mirror and applies a bright red lipstick.

The second teaser showcases a couple (Sami Khan and Zarnish Khan) dressed in traditional Sindhi clothes, dancing happily in a rural setting, which is followed by a scene of Zahid feeling conflicted and walking away angrily.

The third teaser has some dialogues as we see another couple (Sami Khan and Sonya Hussain) — who appears to hail from a less privileged background — looking at some jewellery in a store window and laughing about its affordability. We then move forward to scenes of their future where it seems that they have separated and moved on to a more affluent setting.

The OST contains a mixture of some of the scenes we have already seen in the teasers along with a few dialogues and more scenes depicting the problems and inner turmoils of each character. While some of the themes and plots have been revealed, the teasers don’t give away a lot on how the narrative will unfold.

Electronic media is the fastest way of communicating with large masses and taking advantage of this technology many ...

We are waiting anxiously for the Zahid Ahmad starrer and are glad to see Pakistani showbiz industry experimenting and working on different social problems instead of creating typical storylines that revolve entirely around extramarital affairs and general marital problems.