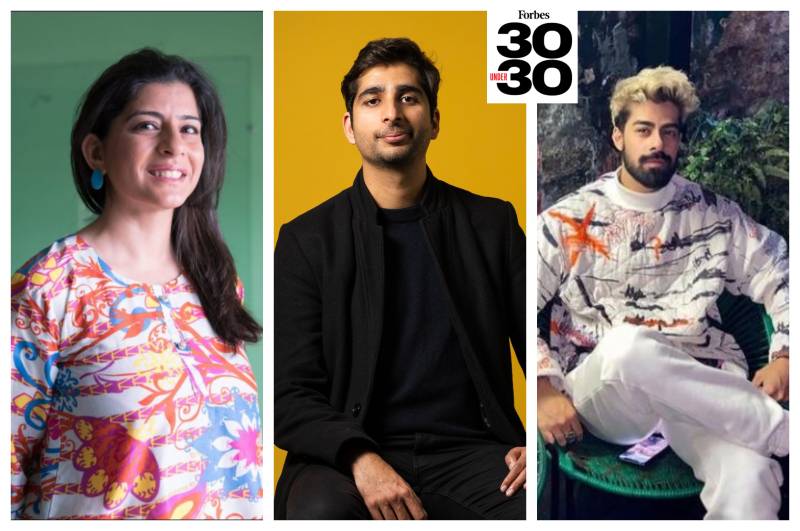 The prestigious list of Forbes 30 Under 30 is out now and four Pakistanis from various fields have made it to the list.

The list, available on the website of American business magazine, featured hundreds of individuals making strides in different industries, including art and style, education, games, food, enterprise technology, and media.

Four Pakistanis have also been selected for their topmost achievements in the industries of e-commerce, enterprise technology, and social impact.

Another Pakistani that was selected is Dur-e-Aziz Amna. The ace Pakistani writer was placed in the category of social impact.

Amna graduated from Yale and worked for hedge fund Bridgewater Associates before becoming a full-time writer and joining the University of Michigan’s Helen Zell Writers’ Program.

She was inspired by her cross-cultural experiences in her homeland and the US. Amna has been featured in top publications including New York Times, Al Jazeera, and Financial Times. She also bagged top awards to her name including the 2019 Financial Times/Bodley Head Essay Prize.

The third Pakistani to appear on the list is Saad, the cofounder of BridgeLinx. The Pakistani entrepreneur founded Lahore-based startup in 2020 that helps manufacturers and exporters to move goods efficiently through a marketplace that connects them with truckers and private fleets.

Saad’s journey hit a major landmark around nine months after its inception as it raised $10 million in seed funding led by Harry Stebbings’ 20 VC, Buckley Ventures, and Indus Valley Capital.

Taking it to Twitter, he wrote "The entire credit goes to the team at BridgeLinxTech. The way I have seen this team execute at speed, fight enormous battles, bring product innovation in an archaic industry, and build a culture of togetherness has been an experience of a lifetime".

The entire credit goes to the team at @BridgeLinxTech. The way I have seen this team execute at speed, fight enormous battles, bring product innovation in an archaic industry, and build a culture of togetherness has been an experience of a lifetime. #forbesunder30 pic.twitter.com/0CslDYjqVe

Shawana Shah, who joined the UN Women’s Beijing+25 Youth Task Force, has made it to the Forbes list under the social influence category.

She co-founded a non-profit organization named Da Hawwa Lur, which strive for economic, social, and political empowerment of women and transgenders affected by sexual- and gender-based violence in the South Asian nation.

With her Malala Fund grant, Shawana works with communities in Khyber Pakhtunkhwa to shift socio-cultural norms that prevent girls from completing their secondary education.

The proud Pakistani became the first recipient of the Muhammad Ali Humanitarian Award in the year 2016.

A proud moment for Pakistan as thirteen young Pakistanis have made it to the Forbes 30 Under 30 list this year. The ...