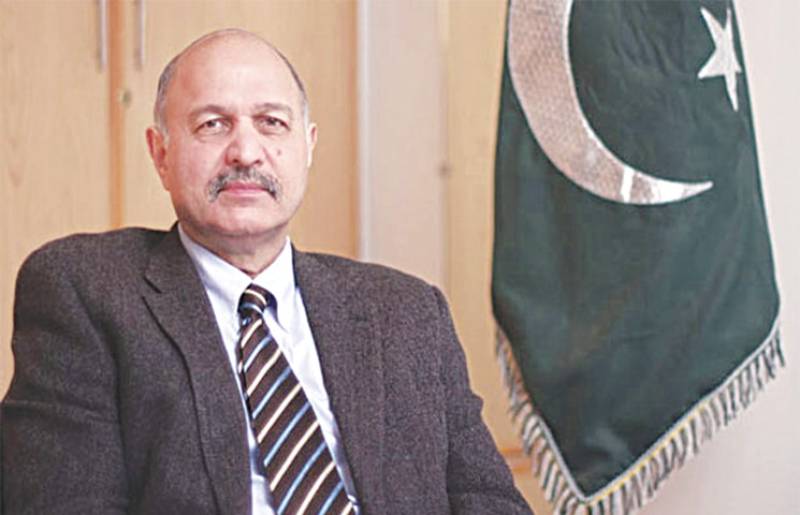 The senator was speaking at the third CPEC media forum in the capital city. He clarified that less than 20,000 Chinese nationals were working in Pakistan.

He said that China and its companies were running 300 projects in the country, adding that 9,000 Chinese were working on CPEC related projects and around 10,000 on non-CPEC.

Dawn News quoted the Senator as saying “The fact is no country is willing to invest in Pakistan the way China has been doing. Moreover, China has made investments across the country without differentiation of provinces and its people”.

Some elements are spreading rumours that China will dominate the country through the CPEC, Sayed said, adding that such tactics were being used due to the shift of balance of power from West to East with the emergence of China as a global power.

“China has pulled out 700 million people from below poverty to above poverty line. Moreover, Beijing has never shown aggression against any country,” he said.

Talking about US official’s statement that CPEC was passing through a disputed territory, the Senator said that the Pakistan had built Mangla Dam in the same area with the contribution of American some 50 years ago.

“The fact is Gwadar Port has become functional just because of China and coal-run and other power plants are contributing 4,000MW of electricity to the national grid system. Within 10 years, a number of small industries will be shifted from China and Pakistan should grab the opportunity to have the industrial units. We can also utilise other opportunities,” Dawn News quoted the minister.

Earlier, the media forum was inaugurated by Chinese Ambassador Yao Jing on Monday. He said that CPEC was a major priority of his leaders, adding that he would struggle hard to realize it.