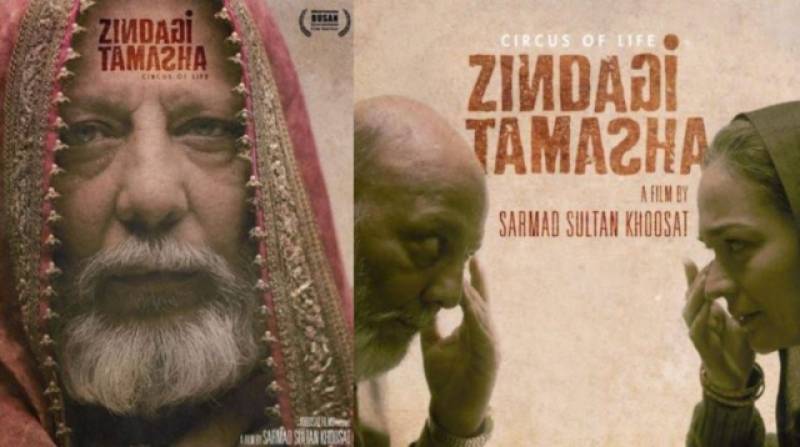 Zindagi Tamasha is the masterpiece selected by the Pakistani Academy Selection Committee to be submitted to the Oscars in the ‘International Feature Film Award’ category for the 93rd Academy Awards. The bittersweet journey of the film continues as film faced rejection in the country for scandalous content and faced severe criticism yet has been nominated worthy enough for Oscar submission.

Directed and co-produced by Sarmad Khoosat and his sister Kanwal Khoosat written by Nirmal Bano, Zindagi Tamasha features an ensemble cast of Arif Hassan, Eman Suleman, Samiya Mumtaz and Ali Kureshi. The crux of the film is based on the intimate lives of a family residing in old Lahore, Punjab and scorching political commentary. Realistic portrayals in a backdrop of holy celebration, the trailer and teasers were promising.

Director Sarmad Khoosat expressed his feelings: “All the heartache that Zindagi Tamasha gave me has somehow restored my faith in the power of art too: the sheer, almost physical power of art to make life imitate it. This announcement, for me, is a very bright light shining at the end of this dark tunnel of a year. I made this film in Pakistan and foremost, for Pakistan, for my people and the misfortune that my people have remained deprived of it weighs quite heavy on my artistic conscience."

He also went to add that the film represented Pakistan"Some pride is slowly kicking in though and no matter how far we go with this official selection, Zindagi Tamasha will be representing all of us - our ‘Pakistan’. I feel honoured on behalf of my entire team and I am extremely grateful to the committee for finding it worthy enough.”

Speaking about the selection of Zindagi Tamasha, producer Kanwal Khoosat has said, “Zindagi Tamasha's story reflects on regular people and is a poignant snapshot of life, family, the city of Lahore and the different values that people have. Onset, we felt passionate about working on a story that was representative of a real situation that regular people could face. Real emotions. Real issues".

LOS ANGELES (Web Desk) –  Sharmeen Obaid Chinoy made history as the only Pakistani to win two Oscar awards. The ...

Moreover, she felt Pakistani filmmakers are ready to narrate art stories " The announcement surely proves that we in Pakistan are ready to tell stories close to the heart. We are ready to represent our people. I cannot stop feeling proud of my team. We have worked countless hours to tell a truly Pakistani story. Many thanks to the committee for recognizing our efforts and acknowledging our film."