Sajal Aly talks about her relationship with Janhvi Kapoor 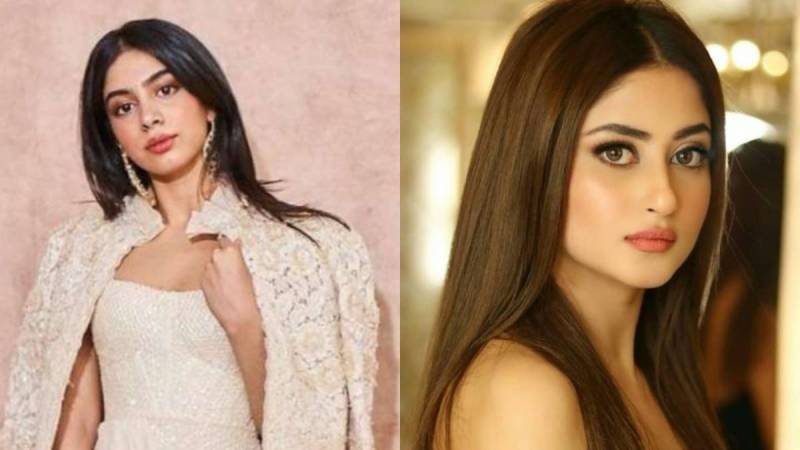 Sajal Aly is one of the top actors of the Pakistan because of her acting skills and beautiful looks. Her fan following is not only limited to Pakistan but she has grabbed it from neighbouring country India as well.

Lately, the brilliant actor is busy promoting her new movie “Khel Khel Mein” and she is giving a lot of interviews in this regard.

In one of her recent interviews, the actress opened up about her bliss of sharing a cordial relationship with the actors in India. On Instagram fans have often seen Sonam Bajwa and Janhvi Kapoor praising Sajal Aly.

Talking about the praise and love she gets from India, Sajal said, “I have been lucky in this regard, I never share a professional bonding with Sridevi’s family when I was there for work. We had a family like bond, when I went there I lost my mother at that time and soon after her death Sridevi also passed away, so I think something just happen for reason, may be this love had to stay with me.”

Sajal Aly and Bilal Abbas Khan's Khel Khel Mein is gearing to steal hearts as it sheds light on the 1971 war and the ...