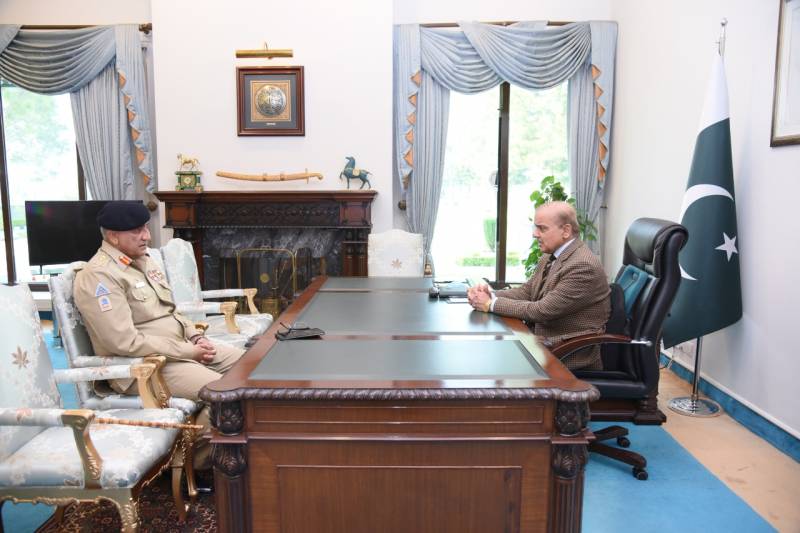 COAS Bajwa is all set to retire on November 29 (tomorrow) and he will be succeeded by Gen Asim Munir, who was named as next army chief last week, tomorrow (Tuesday).

The prime minister expressed his views when the outgoing COAS paid a farewell call to him and President Arif Alvi today.

During the meeting, PM Shehbaz hailed the Gen Bajwa's services for the Pakistan Army, national defence, and national interests.

The army, under the leadership of the outgoing COAS, has rendered exemplary services, including removal of Pakistan’s name from Financial Actor Task Force’s (FATF) grey list, coronavirus pandemic and recent floods, the premier said.

Under the leadership of Gen Bajwa, the armed forces weeded out the menace of terrorism he said while recalling that the outgoing COAS had taken charge during tough times.

The premier also lauded the army chief’s services in terms of geo-economics, adding that all political forces should join hands to make Pakistan a stronger economic forces.  "You got the honour of leading the world's best army," the prime minister told COAS Bajwa.

In response, Gen Bajwa thanked the prime minister for extending full support in the execution of national affairs.

The President commended General Qamar Javed Bajwa's services in the field of defence. He appreciated the outgoing Army Chief's services for the country and the Pakistan Army.