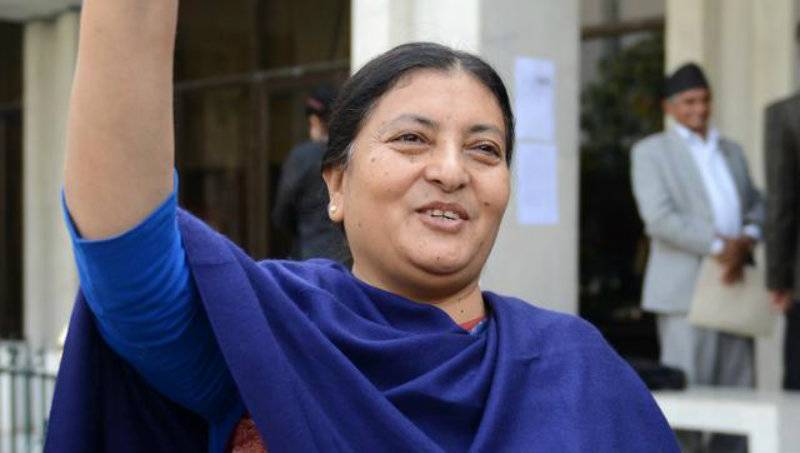 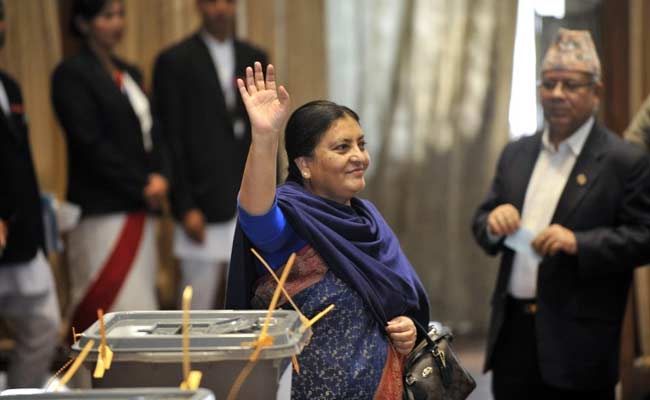 “I congratulate newly elected President Bidhya Bhandari and offer my best wishes for a successful tenure,” Speaker Onsari Gharti Magar announced in parliament after the counting of votes.

According to parliament officials, 549 of the total 597 lawmakers took part in the election. Forty-eight others including those from Madhesi parties protesting against the new constitution abstained.

Bhandari, who was elected a month after the country adopted the statute, will replace Ram Baran Yadav, Nepal’s first head of state after monarchy was abolished in 2008. 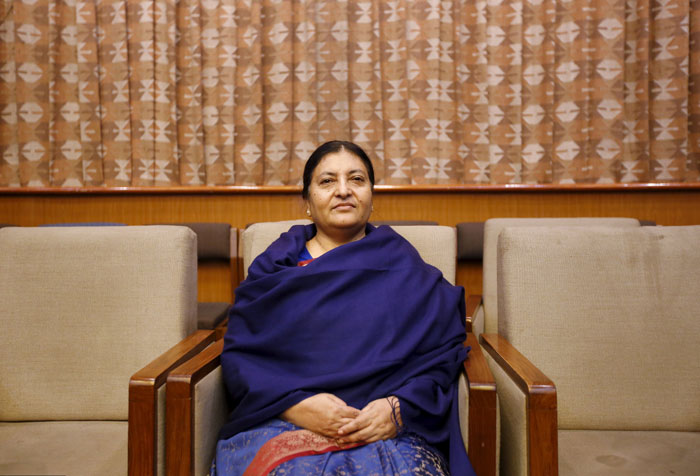 A communist with over three decades of political experience since her student days, Bhandari had withdrawn from active politics after getting married to CPN-UML general secretary Madan Bhandari.

She returned to the political mainstream after the death of her husband in a motor vehicle accident in 1993. Bhandari has held several important ministerial portfolios in the past.

The newly elected President is a close associate of Prime Minister Khadga Prasad Oli, who is also the chairman of CPN-UML, and her name to the top post was suggested by him.

Like Oli, she too was critical of the ongoing agitation in Madhes against demarcation of federal states. Bhandari also faced flak from women rights groups for supporting anti-women citizenship provisions in the statute.