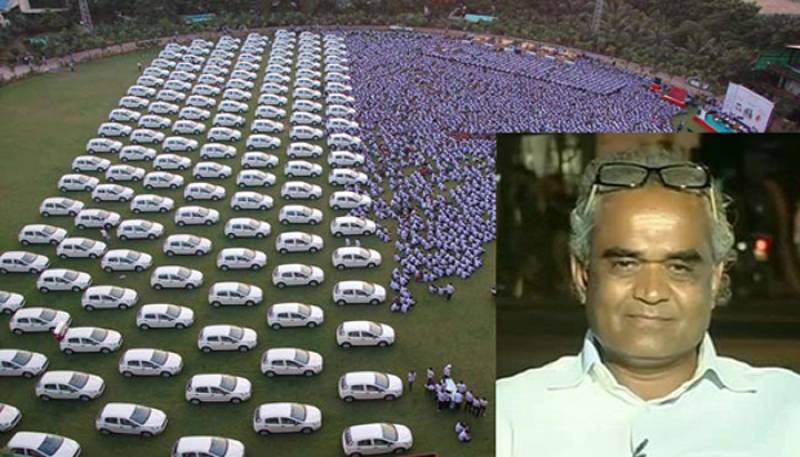 SURAT: Surat diamond magnate Savji Dholakia, known for his generous Diwali gifts, has handed over over a thousand cars and 400 apartments ahead of Dewali, but these come with EMIs.

Mr Dholakia, who owns the Hare Krishna Exports, has distributed the flats and cars as Diwali bonuses to his best employees. The company will contribute Rs. 5,000 to loan instalments for five years; a major part will go from the employees' salary .

"We have selected 1,716 employees as the best performers this year. We are arranging houses for those who already have cars, while those who don't have a four-wheeler will get one," Mr Dholakia told IANS.

He said the 400 flats of 1,100 square feet would be allotted in the company's own housing scheme. "The flats would come dirt cheap at Rs. 15 lakh and the monthly instalment, which the employee will start paying after five years will be Rs. 11,000," he said.

The Diwali bonus, announced at an informal meeting of employees, is an annual ritual in the company, NDTV reported.

Last year, the company similarly gave 491 cars and 200 flats to its employees. The year before that, it spent Rs. 50 crore on performance incentives, Mr Dholakia said.

The billionaire, who grew up in Amreli in the Saurashtra region, set up his business with a loan from his uncle. Recently, he made headlines worldwide after sending his son to Kerala with just three sets of clothes and little else, to earn a living on odd jobs.