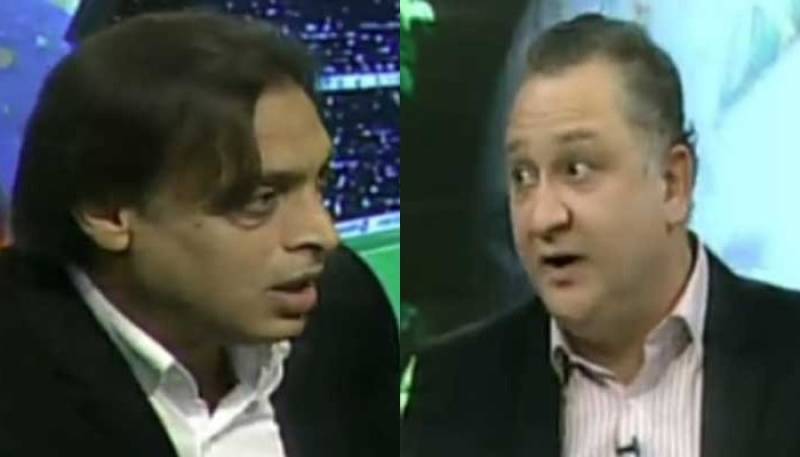 ISLAMABAD – PTV Sports anchorperson Dr Nauman Niaz has been barred from hosting show on the national television following a spat with former cricketer Shoaib Akhtar during a live show.

The Pakistan Television Network in a statement on Twitter said that both personalities will remain off-air until the inquiry committee completes its investigation into the matter.

The decision has reportedly been taken upon the recommendation of an inquiry committee which was specifically formed to probe the incident.

It all started during a post-match analysis when Shoaib Akhtar walked off a Pakistan Television (PTV) show and stepped down from the state broadcaster after being insulted by host in front of foreign stars.

During a discussion on the Pakistan squad, 'Rawalpindi Express' credited Qalandars for discovering Shaheen Shah Afridi and Haris Rauf.

mid the cross talks, the host took issue with Akhtar's comments and said: "You are being a little rude so I don't want to say this but if you're being over-smart then you can go. I am saying this on air."

Once the show started after the commercial, the Pakistani pacer apologized to the guests and announced his resignation from PTV, saying that he could not continue with the program because of "how I was treated on national television.

The incident soon became viral with the two individuals becoming top trends on the microblogging platform and videos of the confrontation circulating which prompted Akhtar to issue a video message to "clarify" the situation.

The internet has been lately abuzz due to the ongoing debacle where cricket star Shoaib Akhtar and Dr Nauman Niaz ...