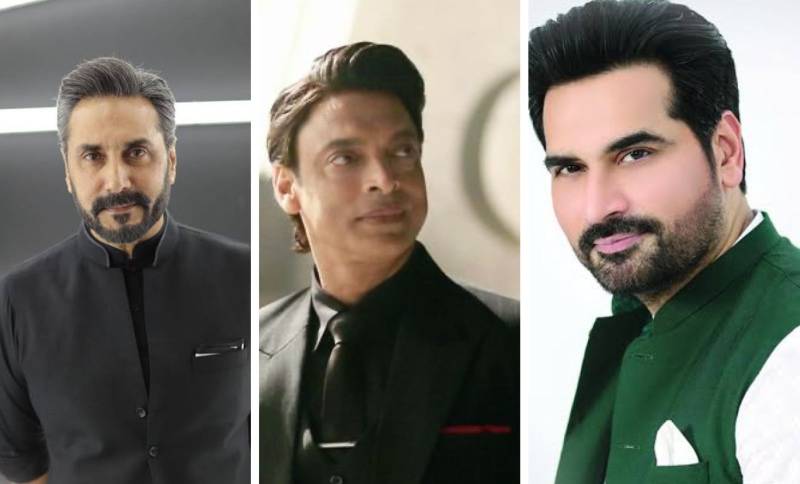 The internet has been lately abuzz due to the ongoing debacle where cricket star Shoaib Akhtar and Dr Nauman Niaz indulged in an unpleasant spat on national television.

The incident came during the post-match analysis show ‘Game On Hai’ on PTV Sports after Pakistan beat New Zealand . The legendary former fast bowler quit and walked off the PTV show after being “insulted” by Niaz.

“You’re being a little rude and I don’t want to say this: but if you’re being over smart, you can go. I am saying this on air,” Niaz told Akhtar.

The masses and celebrities alike have come out in support of Shoaib Akhtar after the ugly spat with the PTVC director. Humayun Saeed, Adnan Siddiqui, Ali Zafar, Zarnish Khan and many others took to their social media handle to support the fast bowler.

Multiple clips are circulating on social media so I thought I shud clarify.dr noman was abnoxious and rude wen he asked me to leave the show,it was embarrassing specially wen u have legends like sir Vivian Richards and David gower sitting on the set with some of my contemporaries

Arguments happen during TV shows but no host tells their guest to leave. That was no way to address any guest, let alone one of the biggest international stars Pakistan has ever produced. What happened, happened; Dr Noman should have at the very least apologised to @shoaib100mph

Generally speaking, in today’s world, the golden values of mutual respect, compassion, humility, empathy and the will to listen to each other’s point of view patiently are being replaced by hasty judgments, crude expression, nasty use of language and disrespect. V c it every day. https://t.co/5Ycb7yAAKK

Really applaud the grace shown by @shoaib100mph. He handled the insult heaped on him with so much maturity and patience. Anyone else would have probably lost his cool on air but this guy maintained his dignity. Signs of a good upbringing #sheerclass pic.twitter.com/BHQVO7boZW

#ShoaibAkhtar’s service to Pakistan and contributions to international Cricket forever have the utmost UNDISPUTED #respect of every Pakistani and every global fan of cricket. @shoaib100mph is a National Hero.

Our national heroes have put us on the world map for years…#ShoaibAkhtar is our cricket Legend, I am absolutely appalled at the misbehaviour & disrespect shown to him by a tv anchor, no justification whatsoever!

Niaz took issue with Akhtar’s comments and said: “You are being a little rude so I don’t want to say this but if you’re being over-smart then you can go. I am saying this on air.” Once the show resumed after a break, Akhtar apologised to the guests on the panel and announced his resignation from PTV

The Rawalpindi Express was widely applauded for respectfully quitting the sports analysis show on the national television in reaction to Niaz‘s obnoxious behaviour.

Later, Akhtar explained the incident on his official Twitter account through a brief video and a couple of tweets.

Multiple clips are circulating on social media so I thought I shud clarify. pic.twitter.com/ob8cnbvf90