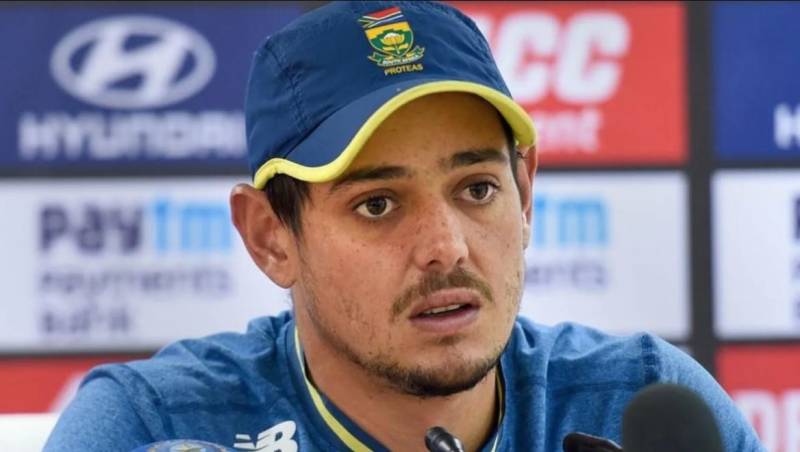 DUBAI – South African player Quinton de Dock, who made himself unavailable from the crucial match after officials ordered players to take the knee, has apologized saying he was deeply hurt at being called a ‘racist’.

The 28-year-old has apologized to team fellows for ‘hurt, confusion, and anger’ he caused by refusing to take the knee at the T20 World Cup.

In a statement, issued earlier today the former Proteas skipper explained his decision saying he felt like his rights were taken away after being told to make the move.

Quinton engaged with the board and the players for understanding the motives. “I understand the importance of standing against racism, and I also understand the responsibility of us as players to set an example. If me taking a knee helps to educate others, and makes the lives of others better, I am more than happy to do so”, he said in a statement issued by the South African board.

The statement on behalf of Proteas player stated that he [Qiunton] said he came from a dual-heritage family and that his stepmother is black."For me, black lives have mattered since I was born. Not just because there was an international movement," it said.

With Black Lives Matter protests erupting all across the world in response to the killings of George Floyd, Breonna ...

Meanwhile, South Africa’s next match is against Sri Lanka on October 30 and Quinton said he would love nothing more than to play cricket for my country again if Captain Temba Bavuma, who he called an amazing leader, and the team will have me.

Cricket South Africa welcomes all of these developments and reiterated pledge to non-racism.