Azerbaijan declares state of war; at least 23 dead in clashes with Armenian military 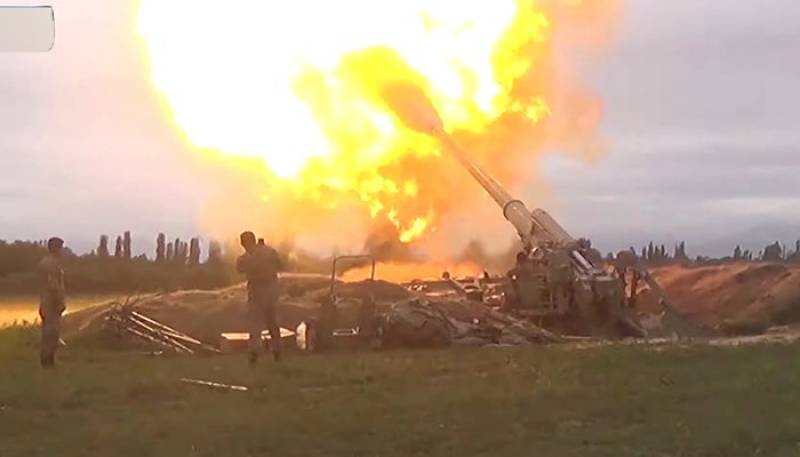 Azerbaijan’s National Assembly has declared a state of war in parts of country following clashes with Armenian army in disputed region of Nagorno-Karabakh.

In an extraordinary meeting, the parliament approved a measure partially and temporarily restricting the constitutional and property rights and freedoms of Azerbaijani citizens and foreigners in the country as long as the war situation prevails.

At least 23 people including soldiers and civilians have lost their lives amid the battle, which erupted after Armenian military committed border violations and attacked civilian settlements on Azerbaijan’s side.

Azerbaijan’s Defense Ministry in a statement said, “As a result of precise strikes by Azerbaijan Army units, several more combat vehicles belonging to the Armenian armed forces were destroyed in different directions of the front”.

The region, which lies within Azerbaijan but has been under the control of ethnic Armenian forces backed by Armenia since 1994 at the end of the separatist war, is not recognized by any country including Armenia.

The Azerbaijani Defense Ministry said on Monday that mercenaries from Syria and other middle Eastern countries were engaged in the conflict in Nagorno-Karabakh and were fighting on Armenia's side.

Vagif Dargahli, the spokesperson of Azerbaijani Defense Minister, said that Armenian side is being supported by Syrian and other Middle Eastern countries as their mercenaries are fighting in Nagorno-Karabakh region against Baku.

"According to the obtained intelligence information, there are many mercenaries of Armenian origin, who came from Syria and different countries across the Middle East, among the enemy's losses. However, as they are not registered officially in Armenia, the enemy easily conceals these losses," he told reporter.

Azerbaijani Foreign Minister Jeyhun Bayramov told a media outlet that the country has proportionate response to use if Armenia uses its Iskander missile systems.

"Unfortunately, anything can be expected from Armenia. It is hard for me to comment from the military point of view, what response there would be .... I am sure that the Azerbaijani forces have adequate response," the minister said, when asked what the response could be if Armenia used Iskanders.

Amid both countries’ claims of inflicting losses on each other, world leaders have called for ceasefire in order to avert further losses both in terms of men and material.

Kremlin spokesperson Dmitry Peskov told reporters Monday that Russia was monitoring the ongoing situation closely and that the current priority was to "stop the hostilities, not to deal with who is right and who is wrong."

Foreign Minister Javad Zarif of Iran, which borders both Azerbaijan and Armenia, said “We call for an immediate end to hostilities and urge dialogue to resolve differences. Our neighbours are our priority and we are ready to provide good offices to enable talks.”

Mostly mountainous Nagorno-Karabakh — a region around 4,400 square kilometres (1,700 square miles) or about the size of the U.S. state of Delaware — lies 50 kilometres (30 miles) from the Armenian border. Local soldiers backed by Armenia also occupy some Azerbaijani territory outside the region.