US 'bars' Turkey from using Pakistani pilots for F-16 training 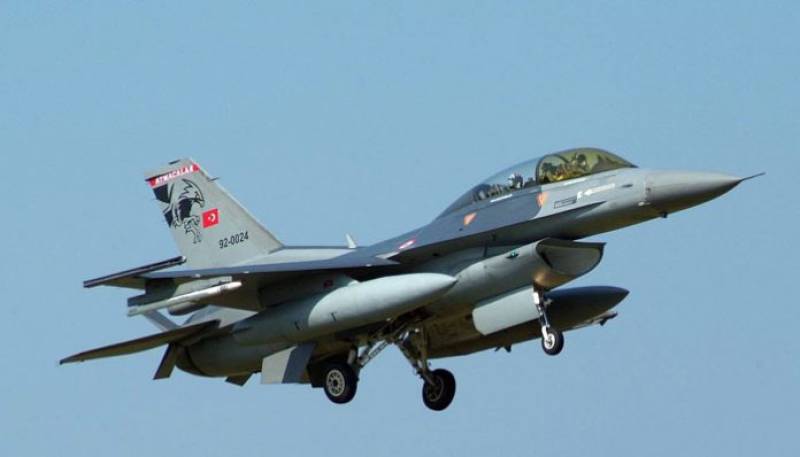 ANKARA- The US government has reportedly turned down a proposal put forth by Turkey to use Pakistani pilots for F-16 training, hinting at the fraught relations between Washington and Islamabad.

The refusal was quoted by a pro-government columnist Mehmet Acet, who in Yeni Şafak daily claimed that Turkish Air Forces had asked Pakistan to send three F-16 pilots to train their pilots.

Pakistan welcomed the Turkish request, however, US refused to allow Ankara to go with Pakistani trainers, wrote Acet while quoting a senior general as a source.

According to an F16 purchase agreement between Turkey and the United States, the US must give its approval to any third party involvement in the use of the aircraft.

According to Acet, the general used a Turkish idiom in response to Washington’s refusal, saying, 'This means you fall down where you are.'

Although the Turkish air force generally does not need need pilots by any third country but as a result of the botched coup in 2016, Turkey let go 680 of 1,350 pilots in the Turkish Air Forces.

In order to compensate for the paucity of pilots, the government called on former pilots who opted to work in the private sector after 10 years of service in the air forces to return to the military, but only 50 pilots responded to the call.

As an antidote to the crisis, the government introduced an article in a recently issued state of emergency decree stipulating that pilots, including former pilots, should serve 18 years in the air forces before being allowed to work in the private sector.

In the meantime, Turkey thought to hire Pakistani pilots for training but the proposal was rejected by Trump led America exploring new options in Afghanistan and ramping up pressure on Pakistan.