The Magic of Amir and Asif - Remembering the summer of 2010 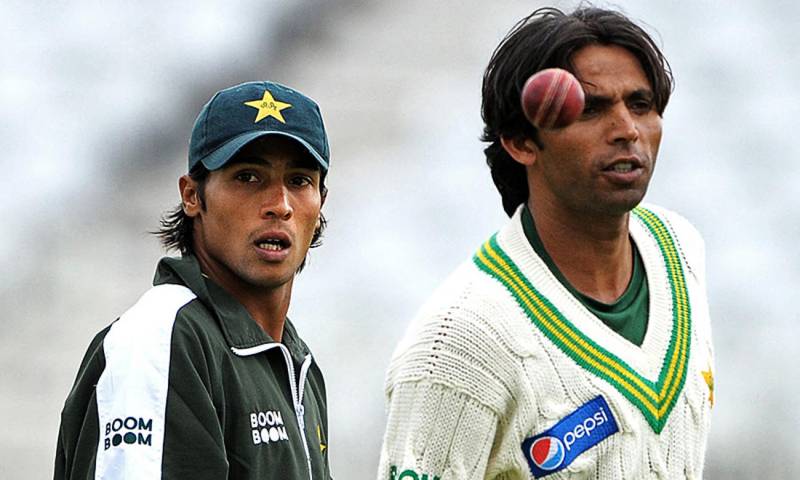 As the schedule for Pakistan’s tour of England in 2016 got released a few months back, I could not help but think back to the previous controversial English tour of 2010.

For those who don’t remember, Pakistan not only played 4 tests with England, but arrived earlier in the summer to play an ironic MCC Spirit of Cricket series with Australia, using England as a home venue following the attacks on the Sri Lankan team in Lahore.

The 2010 summer is primarily remembered by the spot-fixing scandal that occurred at the culmination of the tour. It’s unfortunate given the numerous conspiracy theories that people at seldom mention the fantastic quality of cricket that was played in those months. For example, the 169 scored by Stuart Broad has almost gone unnoticed in test cricket records.

For me personally, setting aside the controversies, the summer was all about the wonderful bowling exhibition displayed by the Pakistani opening pair of Mohammad Amir and Mohammad Asif.

I never had the privilege of watching Wasim and Waqar bowl in the 90’s, but Amir and Asif were as fearsome as any bowling pairing I have witnessed in English conditions from my time of watching cricket in the modern era. Whilst Pakistani bowlers have historically relied on pace and aggression, Amir and Asif beautifully exploited the overcast English conditions with their wily swing and seam movement. The stats backed-up the formidable partnership on relatively flat wickets too: in the 11 innings played by both England and Australia across the 6 tests, only on one occasion did a team score more than 400 runs, and on seven occasions the opposition failed to surpass 300 runs. Amir and Asif collectively took 51 wickets (vs. the 43 wickets Wasim/Waqar took in the summer of 1992). These numbers are still quite conservative given the number of catches that were dropped by the Pakistani team (notably by Kamran Akmal). Unlike great Pakistani bowling attacks of the past, Asif and Amir did not have adequate batting support to produce better results.

The significance of their wickets is even greater considering the strength of the opposition Pakistan were up against. Australia had been the number one team for a while, and England were just starting to climb to the top of the ICC rankings under Andy Flower. Notable players such as Ponting, Hussey, Smith, Cook, Pietersen, Collingwood and Strauss all struggled and averaged less than 30. Alastair Cook was notably very lucky to retain his place for the 2010/11 Ashes – the series which kick started his test career.

While everyone sang praises and was sympathetic towards Amir given his younger age following the spot-fixing scandal, I feel people didn’t give enough credit to the other 2 culprits, in particular Mohammad Asif. Kevin Pietersen cited in his recent autobiography that Mohammad Asif during that series was the most troublesome bowler he ever faced and deemed him almost “unplayable”. Although somewhat controversial, we shouldn’t also forget Salman Butt’s captaincy that led Pakistan to a famous victory at Headingly over Australia on foreign soil for the first time in over 15 years.

The summer of 2010 brought back the significance of swing and seam bowling, at a time when test cricket was being scrutinised for producing flatter wickets resulting in meaningless and dead test matches. And as far as bowling attacks go, the 4-man attack of Asif, Amir, Gul and Ajmal is up there with some of the best in recent history.

It is ironic that the spot-fixing trio will be available again come the test series next year. Amir is the most likely of the trio to make a return to the national side, but has already received pushback from some incumbent players upon selection for a national training camp. Whilst the selection of Asif looks unlikely, the case for Salman Butt is more intriguing. With age on his side, Pakistan’s batting woes in foreign conditions and the pending retirement of major stalwarts such as Younis and Misbah, Butt will pose an interesting dilemma for the selectors if he regains trust, fitness and confidence.

As we have seen over time with Pakistani selectors and administrators, their decision-making is often very arbitrary and dramatic in its own right. It will be interesting to see how the fate of these players pans out over the next year - we could be in for another roller-coaster ride.