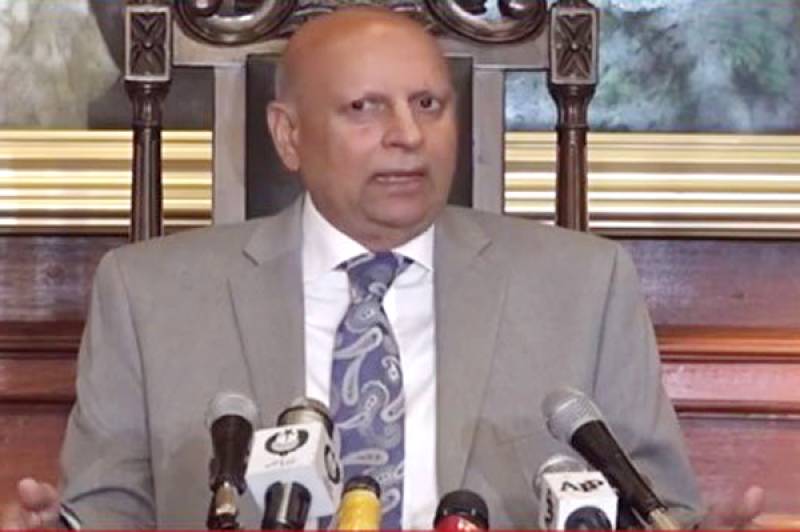 Talking to the media here at the departure of Vice President of European Parliament Dr Fabio Massimo Castaldo who was on a two-day visit to Pakistan, the Governor said if the world community did not take notice of the RSS acts, it would be a bigger crime and cruelty towards the Muslim and other minorities in India.

Responding to a question, Chaudhry Mohammad Sarwar said that Narendra Modi sponsored genocide of Muslims was now coming forth to international media, asserting that there would be no worst crime and cruelty than the silence of the United Nations Organisation (UNO) and human rights organizations over this situation. There had been 147 days of curfew in Occupied Kashmir which was suppression of human rights. He said Pakistan was raising its voice at all forums and the world community should take notice of it, not tomorrow but today, he added.

The Governor said that Kashmiris must be given their right to self-determination, end to tyrannies against them and lifting of curfew in Occupied Kashmir immediately.

Dr Fabio Massimo said on the occasion that he came to know the facts during his visit to Pakistan and there was no doubt in it that Pakistan Army, Pakistani nation and other security agencies had rendered unprecedented sacrifices in the war against terrorism, and the world at large should highly value it.

As far as the Kashmir issue and controversial law of India were concerned, he added, it was sheer injustice and barbarism which was posing threat to not only regional but also global peace. “And I will take up both the issues in European Parliament and apprise the world that settlement of Kashmir issue is indispensable for peace, while protection of Indian minorities’ rights is also a responsibility of all of us,” he added.

He said that the Punjab Governor was a visionary leader, who spoke at length about Kashmir issue, the Muslims of India, extension in GSP-Plus status and Pakistan’s sacrifices in the war against terrorism, and he wanted brighter future of Pakistan. “I assure him (governor) of my full support to Pakistan on an extension of the GSP-Plus status and I hope, the extension would be granted which would strengthen Pakistan economically and create new employment opportunities,” he added.