A TikTok influencer almost died during an ice swimming stunt 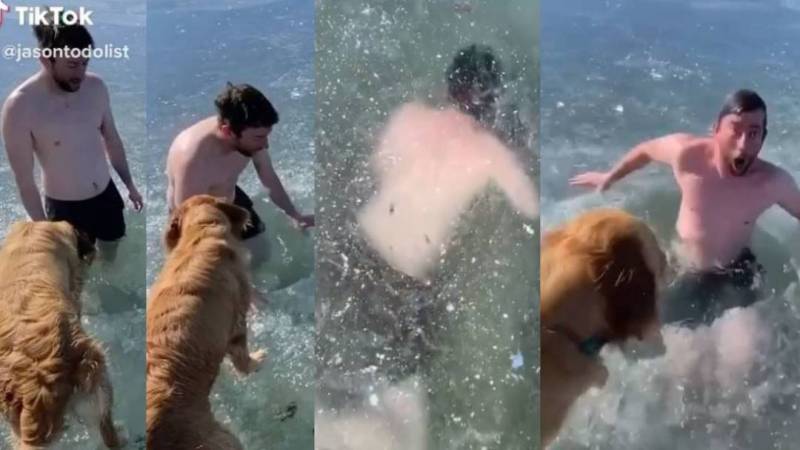 A TikTok star's video has recently gone viral after he performed a fatal, life-risking stunt by swimming in a frozen lake.

Jason Clark took to Instagram to reveal his near-death experience of swimming under a sheet of ice on a frozen lake, with a friend filming it.

"I have never been this close to dying. I didn't think my eyeballs would freeze so quick," Jason, who has garnered over 400,000 followers as @jasontodolist, shared.

The video showcases Jason dressed in the freezing temperature in nothing but shorts. He stands in front of a creek in the lake, before taking a big breath and diving into the icy cold water, where he swims for about 30 feet. Jason then appears to lose his sense of direction.

“The surface of the water where the hole was didn't look any different than the bottom of the ice. When I flipped around and felt solid ice I thought I was at the hole. When I wasn't that's when I decided to head back and follow the dust I kicked up," he revealed.

"I was so short on the breath I couldn't really see anymore," Jason added while admitting he thought this was the end of the line for him.

Have anything to add to the story? Let us know in the comments box below.