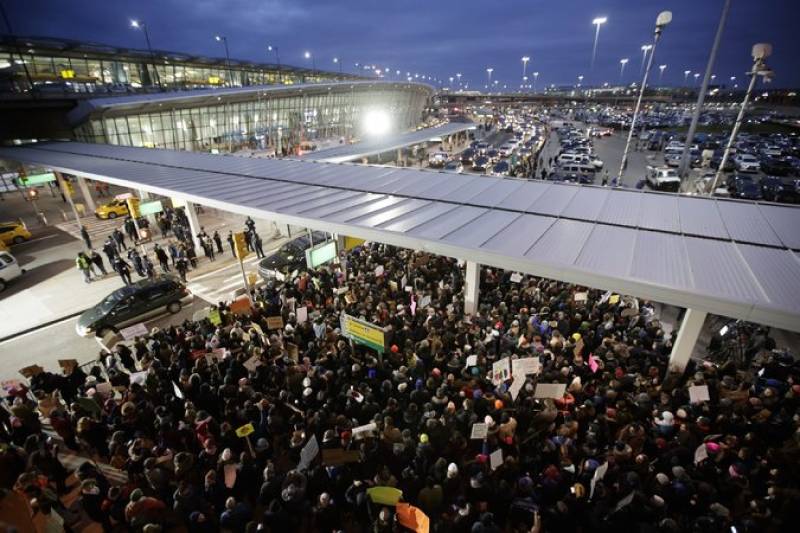 Protests began at Terminal 4 of the New York airport after immigration authorities there detained as many as 11 refugees who were likely already in transit when Trump ordered a four-month hold on allowing refugees into the country, CBS News and Al Jazeera are reporting.

At JFK, where protesters have totally shut down roads to Terminal 4, a cheer erupts as news breaks that the #MuslimBan has been halted. pic.twitter.com/Pwf6ObpT6k

The protests came in response to passport holders from Arab countries being blocked on Saturday from passing through customs at US airports, while others were prevented from boarding US-bound planes.

As per latest reports, the number of protesters at JFK's Terminal 4 - the arrivals gate - is growing by the minute. It is also being reported that not just at JFK, protesters are also gathered at Dulles airport in Washington DC.

Controversial ban on refugees and criticism

Trump on Friday signed an executive order putting a ban on entry of Muslims from seven countries and suspending the entire US refugee resettlement program.

Fulfilling the promise, he made during the nail-biting election campaign, Trump at a ceremony to swear in James Mattis as his secretary of defence, signed a decree entitled: ‘Protection of the nation from foreign terrorist entry into the United States’. 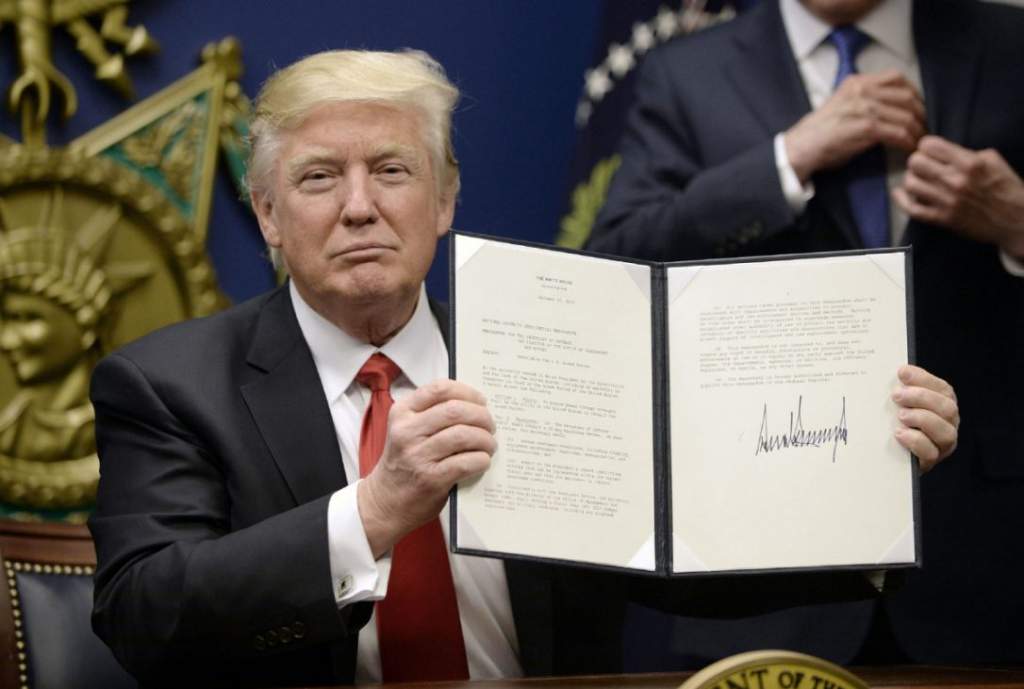 Initially, the US refugee resettlement program has been suspended for 120 days so that the new Trump administration can establish new vetting rules, probably more strict for visa applicants.

‘This is big stuff,’ he declared, to polite applause from audience mainly top military officials.

The new order specifically bars Syrian refugees from entering the United States indefinitely, or until the president himself decides that they no longer pose a threat to the nation.

On the other hand, no visas will be issued for 90 days to travellers, whether would-be visitors or migrants, from seven mainly-Muslim countries: Iran, Iraq, Libya, Somalia, Sudan, Syria and Yemen.

“Like many of you, I’m concerned about the impact of the recent executive orders signed by President Trump,” the Facebook CEO wrote on his Facebook page.

“We need to keep this country safe, but we should do that by focusing on people who actually pose a threat … We should also keep our doors open to refugees and those who need help. That’s who we are.” his statement added.

The United Nations also urged President Donald Trump on Saturday to continue his country’s “long tradition” of welcoming refugees and ensure equal treatment for them all regardless of race, nationality or religion.

Earlier, Iranian President Hassan Rouhani criticised his US counterpart Donald Trump on Saturday, saying now was “not the time to build walls between nations”.

“They have forgotten that the Berlin Wall collapsed many years ago. Even if there are walls between nations, they must be removed,” Rouhani said at a tourism convention in Tehran.