I will keep fighting against corruption till last breath: Imran Khan 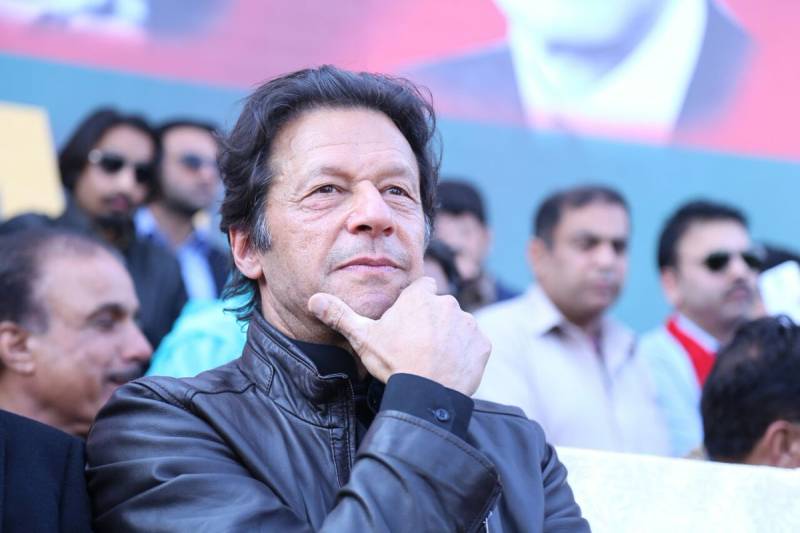 SAHIWAL - Pakistan Tehreek-e-Insaf (PTI) Chairman Imran Khan has said he will continue to fight against corruption in the country till his ‘last breath’.

Imran Khan, on Sunday, while addressing a political gathering asked the people, “I need your prayers to fight against the king of corruption 'PM Nawaz'. “I want youngsters and minorities to stand by me in this struggle,” he added.

I need your prayers ,i request mothers to pray for me .I will fight till my last breath ! @ImranKhanPTI #PTISahiwalJalsa pic.twitter.com/5cCor2TP3p

I want youngsters, & minorities to stand beside me in this struggle. @ImranKhanPTI #PTISahiwalJalsa pic.twitter.com/Hps5rTuu1X

The PTI chairman further said, “Qatri business partners are providing them letters, but they are totally fake,” he said while lambasting the Sharif family over Panama Papers scandal.

He condemned US President Donald Trump’s executive orders banning entry of Muslims and immigrants from seven countries including Pakistan.

Khan also condemned attack on a Pakistani woman by a supporter of Trump at John F. Kennedy International Airport of the US.

Khan said this is only due to the policies of the government that talented youths of this country are leaving Pakistan. “We must value our dignity as a Pakistani,” he said.

Sahiwal is ready for change

He promised for a system of justice, equality, prosperity and merit in Pakistan only if his party is voted into power.

Khan vowed to continue his struggle against corrupt rulers.

“This is for the first time when a prime minister is being scrutinised in Pakistan. I promise that I will continue my efforts to eliminate corruption and to hold the kings of corruption accountable. I promise to fight till my last breath,” he vowed.