OMG! Video shows rat taking a shower like a human 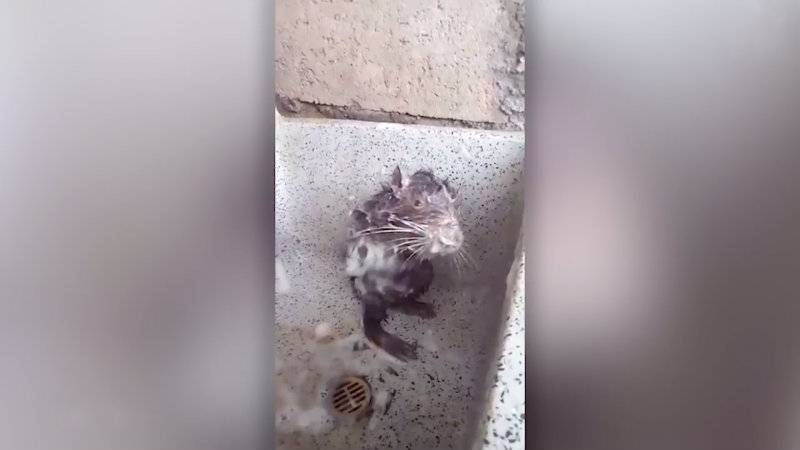 LIMA - A rodent was caught on camera in the Peruvian city of Huaraz lathering up and scrubbing itself down.

The bizarre video, reportedly taken in a bathroom sink, shows the rat standing up on its hind legs and washing his armpits using soapy water. The clip, which was uploaded online two days ago, has already racked up more than 37 million views.

DJ Jose Correa, who claims he filmed the video, said he was about to take a shower when he spotted the unusual sight on Saturday morning – and couldn’t believe his eyes.

‘It went on for about 30 seconds, and then he ran off. I think he just wanted to give himself a good clean. I care a lot about animals so I wanted to protect his privacy.’