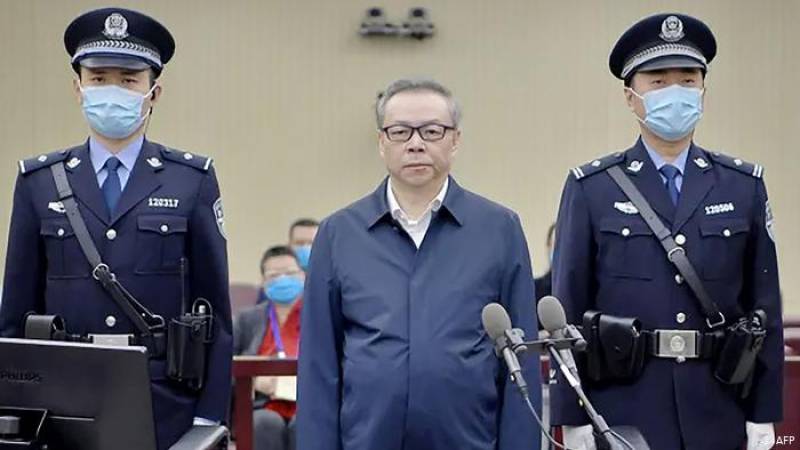 BEIJING – China has executed a top assets banker, three weeks after he was sentenced to death for taking “extremely large” bribes as well as for bigamy, reported Chinese state broadcaster CCTV.

Lai Xiaomin was allowed a last encounter with close relatives before being executed in the northern city of Tianjin.

The video of raid on Lai’s house had been very famous and had gone viral on social media, with police opening up cabinets to see them stuffed with case. Lai’s confession was also broadcast on CCTV in which he said, “I did not dare to spend it.”

As former chairman of Huarong, a state-controlled asset management firm created in the 1990s, he was accused of amassing or seeking to collect 1.79 billion yuan ($260 million, €215 million) over a decade for favours, including promotions. Lai was stripped of his post in 2018.

He was also found guilty of bigamy for living with a woman outside of marriage, which is a punishable crime in China.

Lai is the second high ranking official who has been executed under President Xi Jinping’s anti-corruption drive. Zhao Liping was executed for homicide in 2016. Three other high ranking Communist Party officials, arrested for corruption and other crimes, were given reprieves.

Amnesty International ranks China has one of the world’s top execution-loving countries, saying death sentences in the country run into thousands each year, but most of them are enacted in secrecy. Chinese courts have a conviction rate of over 99%, but information on sentences is classified as “state secrets,” according to Amnesty.