Not bound by Treaty on Prohibition of Nuclear Weapons, says Pakistan 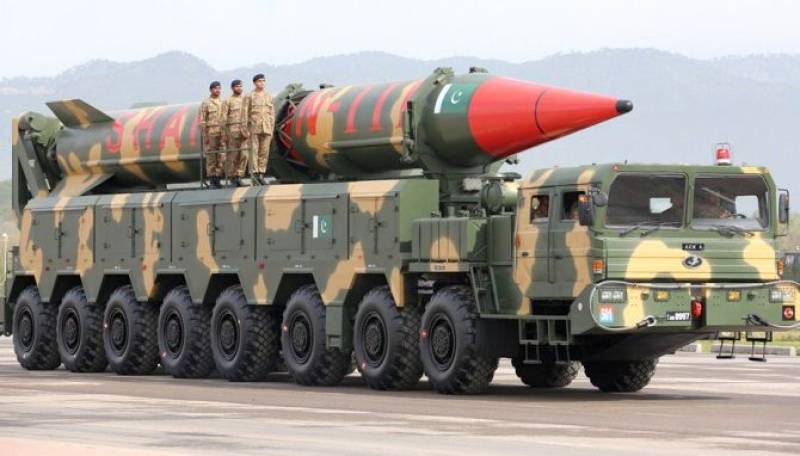 ISLAMABAD - Pakistan on Friday said that it was not bound by any of the obligations enshrined in the Treaty on Prohibition of Nuclear Weapons.

The treaty came into force on January 22, ending a decades-long campaign aimed at preventing a repetition of the atomic bombings as it was carried out by the US on Hiroshima and Nagasaki at the end of World War II.

Several nations appreciated the development but it was opposed by the world's nuclear-armed countries, including the US, China, Russia, the UK and India.

The treaty, which was adopted in July 2017, was "negotiated outside the established UN disarmament negotiating forums," Pakistan's Foreign Office said in a statement.

Pakistan stresses that this treaty neither forms a part of, nor contributes to the development of customary international law in any manner, the foreign office said in a statement.

It added none of the nuclear armed states, including Pakistan, took part in the negotiations of the Treaty which failed to take on board the legitimate interests of all the stakeholders. Many non-nuclear armed states have also refrained from becoming Parties to the Treaty.

The United Nations General Assembly, at its first special session devoted to nuclear disarmament in 1978, had agreed by consensus that in the adoption of disarmament measures, the right of each state to security should be kept in mind, and at each stage of the disarmament process the objective would be undiminished security for all States at the lowest possible level of armaments and military forces.

Pakistan believes that this cardinal objective can only be achieved as a cooperative and universally agreed undertaking, through a consensus-based process involving all the relevant stakeholders, which results in equal and undiminished security for all States.

It is indispensable for any initiative on nuclear disarmament to take into account the vital security considerations of each and every State.