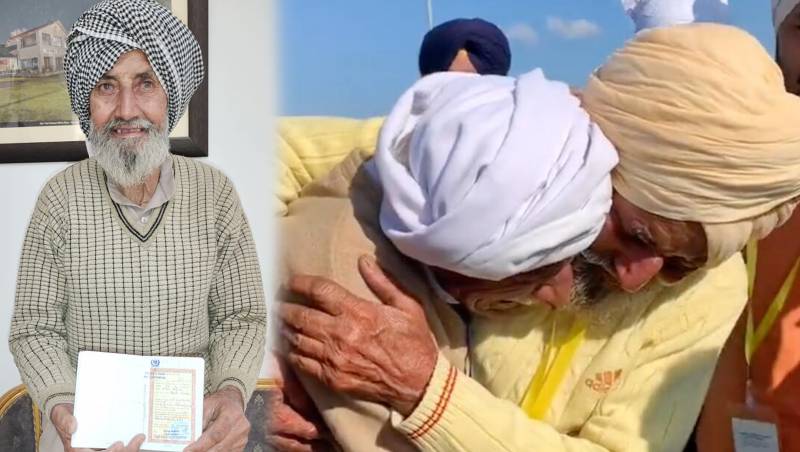 ISLAMABAD – Pakistan has issued a visa to an Indian citizen to visit his brother and family weeks after their tearful reunion at Kartarpur went viral.

Reports in local media suggest that the Pakistan High Commission in New Delhi has issued a visa to Sika Khan to visit his ancestral home.

Pakistan high commission also shared a tweet about the development saying “The story of the two brothers is a powerful illustration of how the historic opening of the visa-free Kartarpur Sahib Corridor in November 2019 by Pakistan is bringing people closer to each other.”

Today, Pakistan High Commission issues visa to Sika Khan to visit his brother, Muhammed Siddique and other family members in Pakistan. The two brothers separated in 1947 were recently reunited after 74 years at Kartarpur Sahib Corridor. pic.twitter.com/SAmkGmaQKT

Recently, a Pakistani YouTuber had shared Siddique’s message on social media as he was looking for his brother. Jagir Singh from the Phulewal village in Indian Punjab then contacted Dhillon and finally, a video call was arranged between the two brothers.

Later, the two brothers were reunited at the Kartarpur Gurdwara temple for the first time in an emotional meeting.

ISLAMABAD – A viral clip of two brothers, a Pakistani and an Indian who were reunited after being separated for ...

Both brothers were reportedly separated during the partition, as Siddique, was staying at his home in Jugaraun village in Ludhiana in India with his younger sister and father, when his mother left to meet her family with Habib in Phulewal village.

As Siddique's area came under attack amid deadly riots, his father escaped with him towards Pakistan's Faisalabad. His father and sister also died during the journey.

The recent development comes at a time when travel for citizens of both countries is very difficult amid strained ties.

ISLAMABAD – In a heartwarming moment, two brothers who were separated during partition were reunited after 7 ...