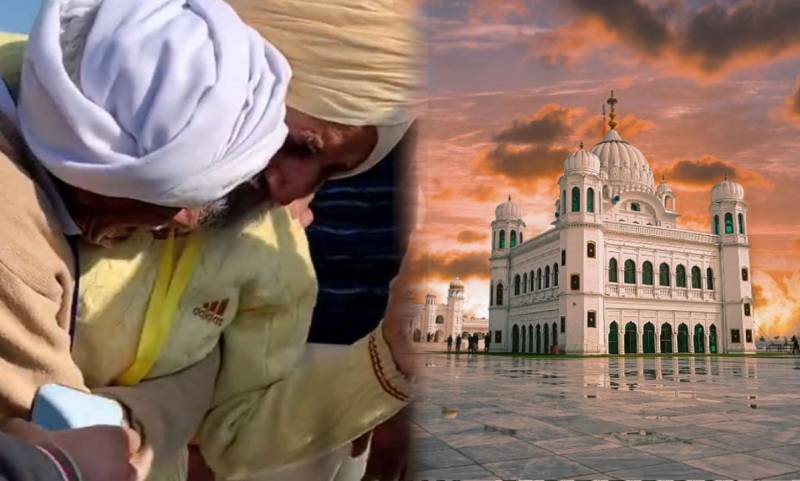 ISLAMABAD – In a heartwarming moment, two brothers who were separated during partition were reunited after 7 decades in Kartarpur on Wednesday.

The religious corridor, connecting the Gurdwara Darbar Sahib in Pakistan with India, has made it possible as the 80-year-old resident of Faisalabad, Siddique, met with elder brother Habib who arrived from the Phullanwal area of Punjab in India.

In the viral clip, the emotional brothers, who were separated due to the Pakistan-India partition, could not control their emotions and burst into tears of joy after hugging each other while social sites were abuzz with the reunion clip.

My heart 🥺. . Post partition (1947) that would be 74 years, Two brothers meeting for the first time 🇮🇳🤝❤️🇵🇰 pic.twitter.com/poDTi9w1Qy

Pakistani citizen told news outlets that his brother and sister had gone to his grandparents’ house with his mother in 1947 amid a war-like situation. He said my father and other family members decided to migrate immediately to save lives and we moved to Pakistan.

Habib, who visited Kartarpur from India, hailed the corridor initiative saying the corridor will help other people who were separated from their families during the partition. He said it was the happiest day of his life.

Prime Minister Imran Khan formally inaugurated the Corridor in November 2019, which paved the way for Indian Sikh pilgrims to visit one of their holiest sites in Pakistan without needing a visa.

KARACHI – A story of Karachi-based woman Munni, who was allegedly first sold in India and then smuggled by human ...

Ever since its inauguration, the border crossing has become the point of union and reunion for many separated by Partition in 1947.

In a similar situation, Muhammad Bashir from Narowal had also met his friend Sardar Gopal Singh, they were also separated during the Partition in 1947.