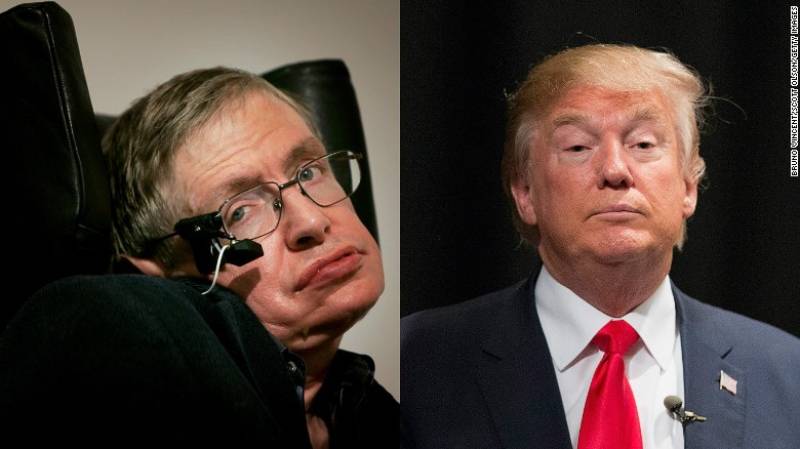 LONDON - When recently asked to explain Donald Trump's somewhat puzzling political rise, renowned British theoretical physicist gave a short, scathing response
"I can't," Hawking told CNN affiliate ITV's "Good Morning Britain" program.
For someone who answers the universe's most difficult questions, this was a bit staggering.
During the interview, Hawking also went on to offer his personal take on the man: "He is a demagogue, who seems to appeal to the lowest common denominator."
The Trump campaign has not yet answered his remarks.