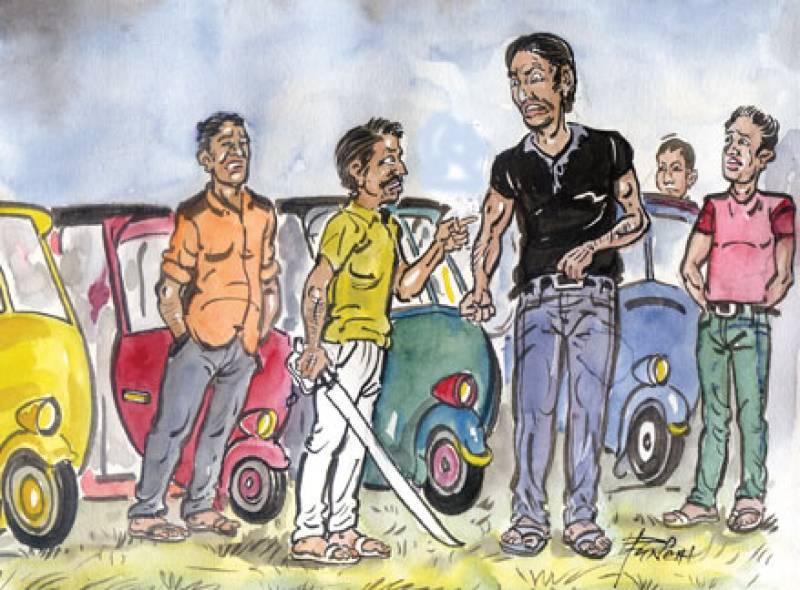 KHYBER PAKHTUNKHWA - A shocking new video posted by Facebook user Aftab Mohmand went viral on social media yesterday, showing a bigwig from a village in Khyber Pakhtunkhwa mercilessly beating on a poor man while being aggressively cheered on by a crowd of locals.

The video has already received over 8000 shares and close to 200,000 views on Facebook since it was posted around 19 hours ago.

In the video, the man can be seen attempting to first tie his victim up with rope along with a group of cronies, in a bid to "hang him" off a nearby bridge. After being resisted by the victim, the village bigwig proceeds to beat up the man using a stick, with a few of his cronies joining in on the action.

While it is still unclear where in KP the horrifying incident took place, the difference in status between the victim and abuser is clearly on display in the video.

The victim is constantly hounded by the village bigwig's cronies and being blamed for "slighting" the bigwig's honor. The bigwig himself repeatedly proclaims his high-born status throughout the video, shouting, "I am the son of the village elder!"

The names and identities of all persons in the video are still unknown.

The complete video of the incident, as it was posted on Facebook, can be viewed below: