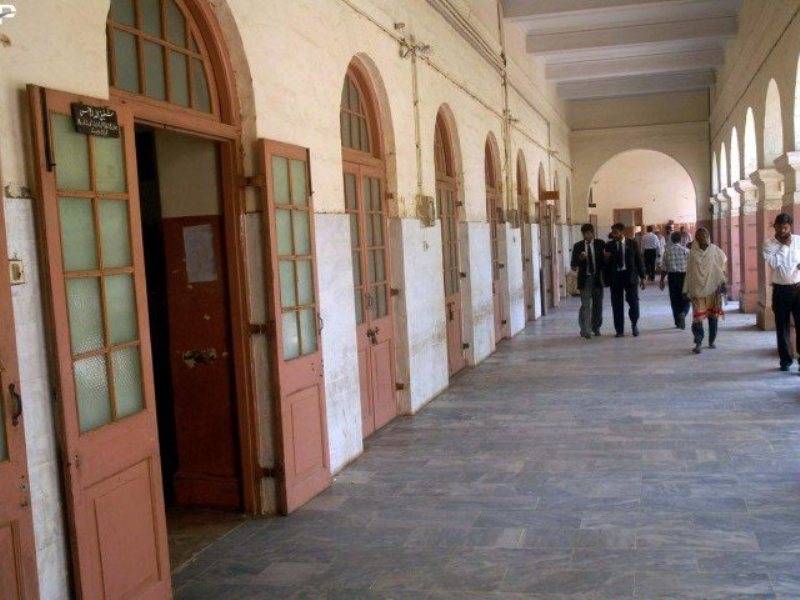 PESHAWAR - A man was killed during the hearing of a blasphemy case against him at the Peshawar Judicial Complex, Police said on Wednesday.

Tahir Ahmed Naseem, (55), a resident of Pishtakhara, appeared before the court of Judge Shaukatullah when a man barged in and opened fire and killed him on the spot.

The man was identified as Khalid, was arrested by the police on the spot. He is said to be a resident of Board Bazaar and also a complainant in this case.

According to a woman lawyer, who was present in the courtroom, said: "during the hearing of the case, the complainant said that the accused was an Ahmadi and asked him to recite the Kalima-e-Tayyaba," she said, adding that the complainant then fired at the elderly man and killed him.

The body was shifted to the hospital.

A blasphemy accused gunned down in Peshawar court.

I am sure this naive killer must have witnessed the committed offence; and must be aware of all the facts and grounds of the sin committed by the accused.

According to the spokesperson of the Ahmadiyya community, Tahir Ahmad was not a member of the community. “It is being reported that he was Ahmadi, which is not true. He was born Ahmadi but left the community many years ago,” said Saleemuddin.

In a tragic incident today a man was shot dead in front of a judge in Peshawar. It is being reported that he was Ahmadi, which is not true. He was born Ahmadi but left the community many years ago. /1

Therefore, to avoid any misinformation I would like to clarify that the deceased was not part of Jamaat Ahmadiyya. In any case our heartfelt condolences go out to his family at their tragic loss. /2

The deceased was charged under Section 153-A (promoting enmity between different groups), section 295-A (deliberate and malicious acts intended to outrage religious feelings of any class by insulting its religion or religious beliefs), Section 295-B (defiling etc. of the Holy Quran), Section 295-C (use of derogatory remarks against Prophet Muhammad PBUH) and Section 298 (uttering words etc., with deliberate intent to wound religious feelings) of the Pakistan Penal Code.