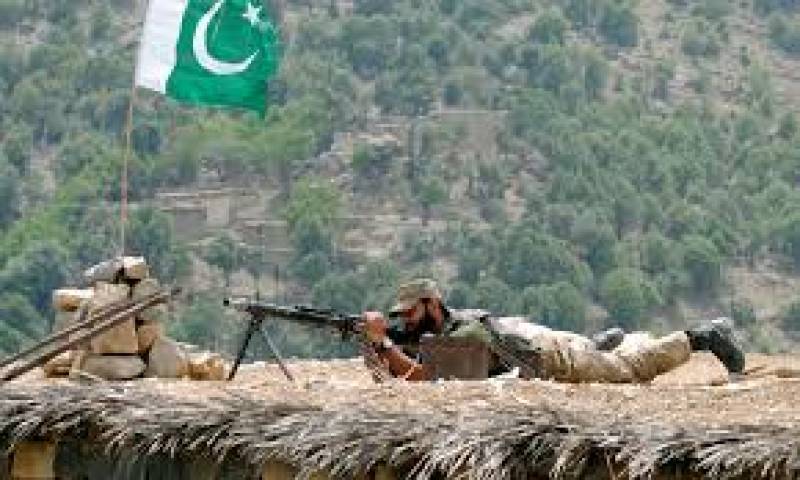 RAWALPINDI - A Pakistani soldier embraced martyrdom in a terrorist attack on the security forces at the border post in Bajaur.