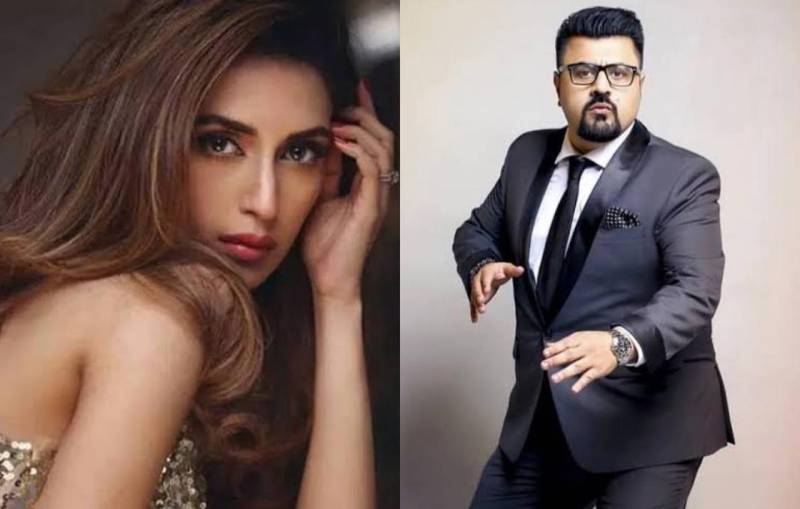 Lollywood diva Iman Ali is a true winner when it comes to the world of glitz and glamour given her strong screen presence and drop-dead gorgeous looks.

Despite having a pretty face and flawless acting skills, Iman Aly's sassy persona has always been under the limelight as the actor's blunt views mixed with a tinge of humour are pure entertainment.

Now, the Bol actor's old video has surfaced on the internet where she is spotted indulging in a comic spat with Mr Funny Bones Ahmad Ali Butt. The viral video is a short clip for an Eid special show.

Entertaining everyone with a hilarious tiff, the Khuda Kay Liye star does not shy away from getting loud and witty as she gives savage replies to the Jhooti actor like a mother scolding her naughty child.

As Iman hilariously reprimands him, all the stars burst out laughing over the adorable interaction.

On the work front, the diva will be seen in the upcoming ARY Films production Tich Button alongside Farhan Saeed.

Pakistani supermodel and actress Iman Aly has caused a furore among the masses as she used ‘khusra’ as a ...