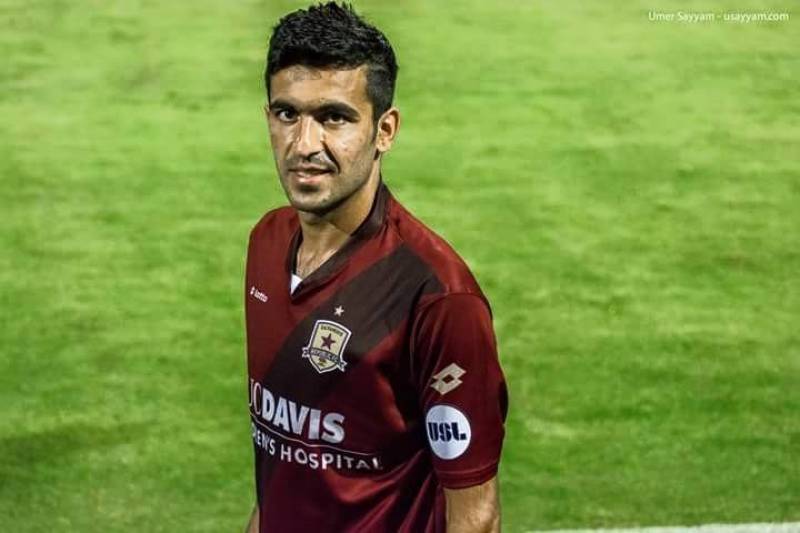 OKLAHOMA CITY (Web Desk) - Kaleemullah, the first Pakistani to play professional football in the United States, won the hearts of many fans as he made a dream debut helping Sacramento Republic FC to their 2-1 victory over Oklahoma City Energy Club.

Kaleemullah, in an interview to a private news channel, said that he wanted to play a role in his side’s victory whether he netted the ball or not.

Sacramento Republic, on their website stated that, “Kaleemullah immediately made an impact, using impressive speed down the middle and creating chances.”

He added that he really wants the fans of the football to accept him. “I was a little nervous at first as every player wants to be liked by the fans of the team he plays in”, Kaleemullah said.

The striker also said that he had never seen such a large crowd in a football match and will cherish that. He is also optimistic that he will score in the team’s next game.

Kaleemullah was born in Chaman, Balochistan and is a graduate of Government High School Chaman. He is the cousin of former Pakistan national team captain and highest goal-scorer Muhammad Essa Khan

He represented Pakistan at various youth levels, starting with the under-23s in 2010. He was called up to the under-23 team for the 2010 Asian Games making his debut in a 6–0 group stage defeat against Thailand.

He earned seven caps for the under-23s and scored one goal, the first in a 2–0 thrashing of arch-rivals India. Whilst with the under-23 team, Kaleemullah also represented Pakistan in the Asian Games and South Asian Games.