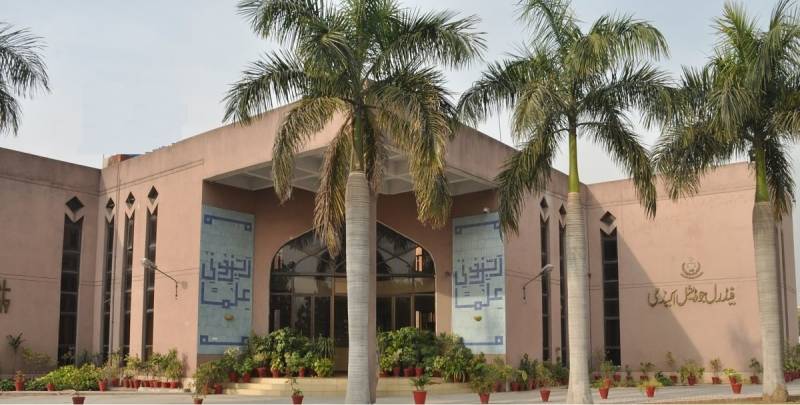 Hussain, in his maiden appearance recorded his statement regarding Hudaibiya Paper Mills case with the JIT at the Federal Judicial Academy.

Hudiibiya Paper Mills case was among the others initiated against Prime Minister Nawaz Sharif and Punjab Chief Minister Shahbaz Sharif in 2000 during the regime of former president Gen. (retd) Pervaiz Musharraf.

It is interesting to note that NAB had filed two references in the Hudaibya Paper Mills case. Incumbent Finance Minister Ishaq Dar was nominated as an accused in the initial reference. But NAB in its final reference excluded his name after he recorded a confessional statement.

“There was an unexplained investment of Rs642.743 million appearing in books of the mill as share deposit money. The same belonged to the directors/shareholders and beneficial owners of the company, which they had fraudulently amassed under the garb of foreign equity investment,” said the final reference.

The reference suggested that the company in 1999 settled its loan with the London-based Al Towfeek Company for Investment Funds by making a payment of $8.7 million and the source of this payment also appeared to be doubtful.

“It appears from the evidence that in order to launder and conceal their ill-gotten wealth, both the Sharif brothers appeared to have fraudulently opened fictitious foreign currency accounts in the names of various individuals with the active connivance of some of their close associates and employees” it said.

“The amounts that have been deposited in the said accounts stand unexplained and appear to be beyond the known source of income of the accused individuals,” the reference added.

The Supreme Court’s special bench has directed the JIT to finalize its report till July 10.

PM Nawaz Sharif, Shahbaz Sharif, Hussain Nawaz, Hasan Nawaz, son-in-law of the PM Captain (retd) Safdar are among the Sharif family members who have recorded their statements before the JIT.

Apart from being in the good books of Nawaz Sharif, Ishaq Dar’s role for investigating the money trail of the first family becomes more central as he spilled the beans regarding money laundering during the second stint of prime minister Nawaz Sharif with respect to the Hudaibya Paper mills case.

It bears mention that the Hudaibya Paper mills case was discussed rigorously in the Supreme Court as well. Incumbent finance minister Ishaq Dar had alleged before a magistrate back in 2000 that the Sharif brothers used the Hudaibya Paper Mills as a cover for money laundering during the late 1990s.

He said that Nawaz Sharif had been his batchmate at Govt College Lahore during 1964 to 1966, “However, we had no intimacy at the time.” He came closer to Sharif family in 1990 after he was being recognised at the national level, particularly for his suggestions on national budgets, reads the statement.

“In early 1992, Mian Nawaz Sharif, who was then prime minister of Pakistan, contacted me and requested to provide credit line of approximately Rs100 million to the business concerns of his family, from my Modaraba… subsequently, he sent me photocopies of the passports of Mrs Sikandar Masood Qazi, Nuzhat Gohar, Talat Masood Qazi and Kashif Masood Qazi (family members of Masood Qazi).