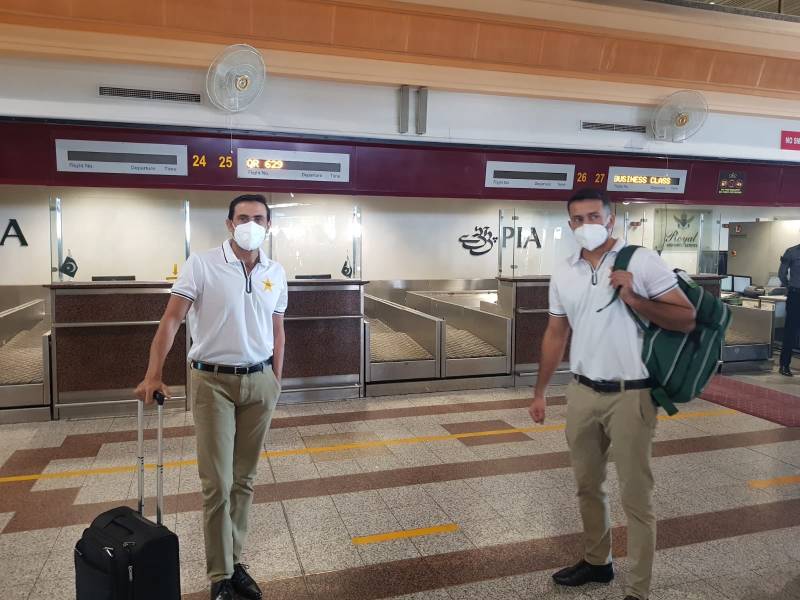 LAHORE - The Pakistan cricket team arrived in England on Monday for their three-match Test series and three T20Is matches.

The team will now undergo a 14-day quarantine period after which they can start training for their matches.

Earlier, the Pakistan Cricket Board (PCB) had announced a 29-member squad for the series.

However, ten Pakistani cricketers tested positive for coronavirus following which the PCB decided to send a 20-man squad to England.

The International Cricket Council (ICC) shared a tweet, saying, "Pakistan men's team has arrived in England for their upcoming series that's due to begin on 30 July".

All the matches between England and Pakistan will be played in a bio-secure environment and no spectators will be allowed during the series.

In Test matches, Azhar Ali will be the captaining the Pakistani side for the first time in a Test series. Whereas While T20I series, Babar Azam will captain the Pakistan team.