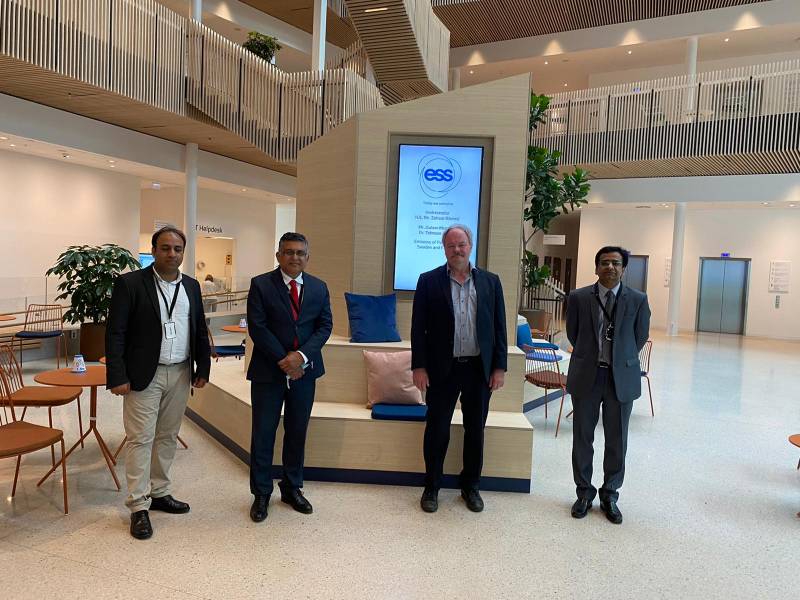 The Ambassador of Pakistan to Sweden and Finland, Dr. Zahoor Ahmad, and Trade Councilor Mr. Ghulam Mustafa, visited industry and research institutions in the city of Lund.

In the first meeting with CEO IDEON, Ambassador and the team discussed future cooperation possibilities between Sweden and Pakistan, in the field of science and technology, especially to facilitate startups, investment opportunities into new ventures in both countries as well as exchange programs, internships and industrial thesis that can be done remotely. In the second meeting with Director of Science, ESS the team discussed the possibility for Pakistan to become an associate member. The delegation and the ESS representatives agreed to continue the dialogue in the autumn and Mr. Ambassador ensured to coordinate with the relevant institutions in Pakistan to make it successful.

If everything is settled according to the plan, Pakistan will be the first non-EU member of ESS, says Pakistani researcher Dr. Taimoor Abbas.

During taking with Daily Pakistan Dr. Taimoor says that the Ambassador of Pakistan visit has been very successful, both CEO of IDEON and Director Science ESS were very excited to receive delegates from Pakistan.

Taimoor highlights that Pakistan researcher and scientists are actively contributing in Sweden but it is the first time that a Pakistani Ambassador to Sweden is proactively reaching out to local politician, Swedish industry and academics, working hard to establish new collaborations, which he has not seen before during his 15 years in Sweden.

--Such steps from our diplomatic staff not only encourage local communities but will create new opportunities for Pakistani students and professionals, says Dr. Taimoor.