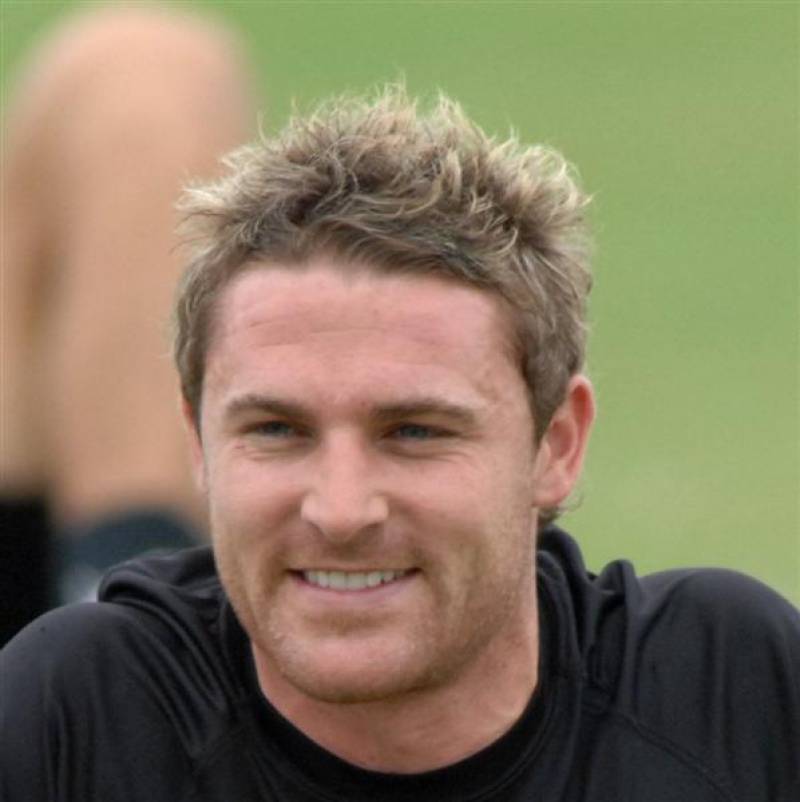 WELLINGTON (APP) - Brendon McCullum has written an emotional letter to the people of New Zealand ahead of their historic World Cup final against Australia Sunday saying "something special is happening".

"Never before have I seen the game and the Black Caps embraced so enthusiastically by our own. All over the country, our team has received incredible support," the New Zealand captain said in the letter published by the Herald on Sunday.

New Zealand started the World Cup as underdogs and now contest the ultimate prize after an unbeaten run through the tournament that has enthralled the nation.

It is a David and Goliath scenario -- small New Zealand up against its much larger neighbour Australia -- and the nation is expected to come to a standstill for the match, praying David will prevail.

"I want you to know it's this sense of belonging that we take into the final today. What's our motivation? Our motivation is to play for you," McCullum wrote.

"We've seen grown men in tears; we've seen strangers hugging and we've seen the elderly dancing. I'm not sure how to say this but we've never felt quite so 'New Zealand' in all our lives."

McCullum has captured the hearts of New Zealanders with the aggressive way he has led his side unbeaten through the tournament and his self-effacing nature off the field.

While quietly confident New Zealand can cap their first World Cup final by beating Australia, as they did in pool play, McCullum is realistic to know the game may not go according to plan.

"The feeling in the camp ahead of today's showdown is as calm and collected as we can manage," he said.

"Our mission is simply to give the best performance we can, and leave everything on the field. No one can be expected to do more than that, and no one will be asked.

"Yes, the result today will be enormous. But beyond that, the success of this tournament will be seen in the ongoing popularity of the game.

"We've already seen evidence of this with the crowds around the country, the well-wishers and the media attention.

"As I write this in my Melbourne hotel room, supporters are gathering outside waiting for a glimpse of our players. Something very special is happening."