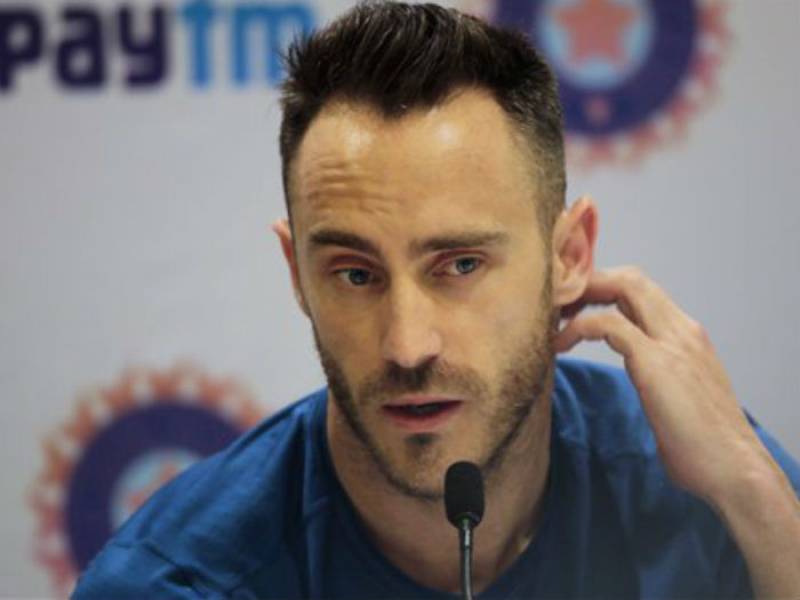 CAPE TOWN (Web Desk) - South Africa captain Faf du Plessis has been fined 50 per cent of his match fee for breaching the ICC Code of Conduct during his side’s final league match against Sri Lanka in the ICC World Twenty20.

Du Plessis was found to have breached Article 2.1.5 of the ICC Code of Conduct for Players and Player Support Personnel, which relates to “showing dissent at an umpire’s decision during an international match”.

The incident happened on Monday in South Africa’s 13th over when du Plessis, after being given out LBW, showed dissent at the decision by occupying the crease for a period of time before leaving the field while looking at his bat and shaking his head.

After the match, du Plessis admitted the offence and accepted the sanction proposed by ICC match referee Jeff Crowe. As such, there was no need for a formal hearing.

Penalties for a second Level 1 offence within a 12-month period included in the ICC Code of Conduct can range from an imposition of a fine from 50 per cent to 100 per cent of a player’s match fee and/or up to two suspension points.

This is the second time within a 12-month period that du Plessis has been found guilty of the same Level 1 breach. In October 2015, du Plessis was fined 15 per cent of his match fee for violating Article 2.1.5 during the fourth One-Day International against India in Chennai.

If du Plessis is found guilty of a further breach of Article 2.1.5 within 12 months from the first offence (last October), it will amount to his third offence and, as such, he will be suspended.