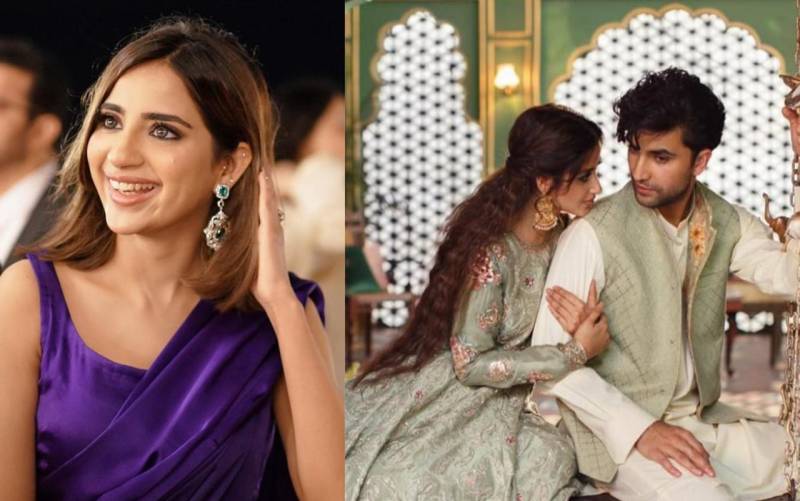 Industry sweethearts Ahad Raza Mir and Sajal Aly are always in the news. Despite being private and keeping their life under wraps, their massive fan following is always eager for some details.

Saboor Aly and Minal Khan were spotted in the show “Time Out With Ahsan Khan” recently and as the beautiful ladies sat down for a little chit chat with Khan, they did have some interesting revelation.

In a fiery and spontaneous rapid-fire round, Ahsan posed a question to his guests about what do you think about a particular person. To which Saboor replied that his brother-in-law cooks very well while Minal was all praises about Mir too.

The 26-year-old further added that whatever the Yeh Dil Mera star is asked to cook, he prepares it in minutes and also the food is really delicious.

Ahsan Khan added that his cooking skills are so polished because he previously lived abroad all alone.

The hype around our celebrity couples is not new but Pakistan's power couple Sajal Aly and Ahad Raza Mir can leave the ...