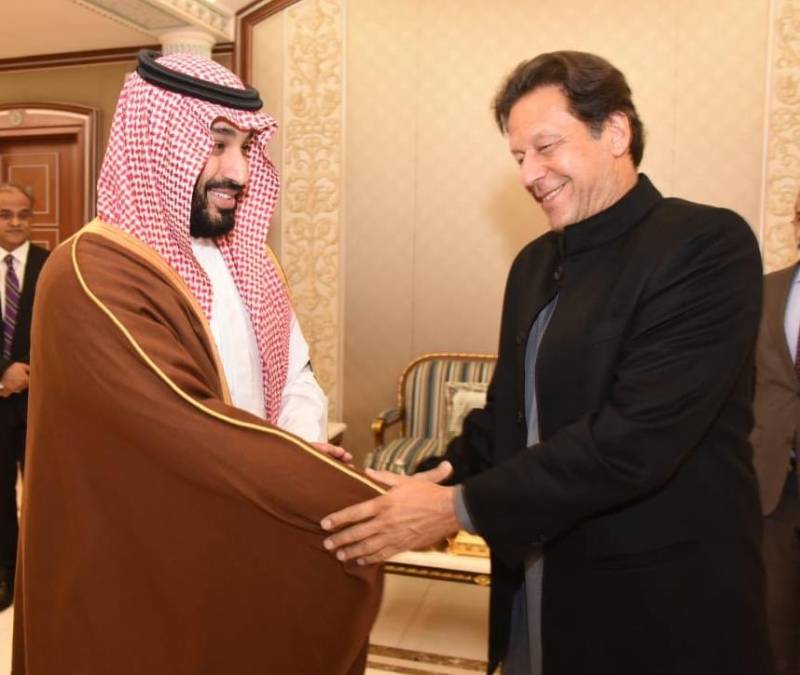 ISLAMABAD – Prime Minister Imran Khan has accepted an invitation made by Saudi Crown Prince Mohammad bin Salman for a visit to the kingdom.

The premier received a telephone call from the Saudi Crown Prince, Deputy Prime Minister and Defense Minister on Monday when both discussed the bilateral ties.

The Crown Prince also inquired about the prime minister’s health and wished him speedy recovery from the COVID-19.

Both the leaders reaffirmed the resolve to further strengthening the strong, longstanding Pakistan-Saudi Arabia fraternal ties.

The prime minister also inquired about well-being of the Saudi leader since he had recently undergone a surgical procedure.

The premier also informed him Pakistan’s "10 billion Tree Tsunami" initiative during the conversation. He also offered cooperation in the projects aim at protecting the planet. He expressed desire to strengthen the bilateral ties in all domains.