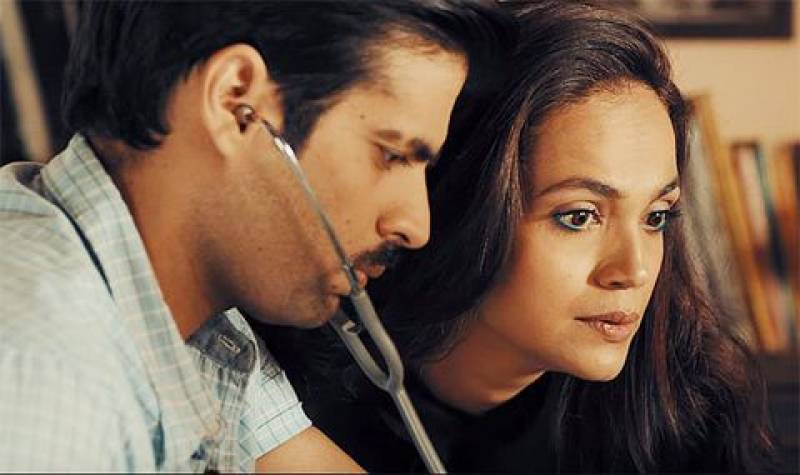 Asim Abbasi's debut feature film, Cake, starring Aamina Sheikh, Sanam Saeed and Adnan Malik, has captured the hearts of many for its nuanced storytelling and stellar performances by the cast.

Ever since the film released on Netflix, it has been gaining a lot of rave reviews and everyone seems to be quite impressed, especially with Adnan Malik's portrayal of Romeo.

In a recent Instagram post, the actor shared how he became the Romeo we all fell in love with!

Malik writes, “Romeo had been written so well that I wanted to do full justice to the role. Asim Abbasi and I had a lot of discussion about Romeo’s person, history and psyche. We created a backstory for him. I spent a lot of time with people similar to Romeo in environs that were frequented by them but were totally alien to me. To envision what his character's normal life must have been like, he spent a day with a Christian nurse and also spent day in Karachi's central prison The cramped quarters, claustrophobia and smell of stale, watery daal on a steel plate stayed with me."

The first time he went in public dressed as Romeo has also stayed with him. He added, "I remember the first day when I wore his wardrobe, donned the moustache, and walked down the street near a commercial market. I noticed that people engaged with me very differently. I looked at myself from their viewpoint and realized that I was no longer Adnan Malik; I was Romeo. The reaction of people to the persona of Romeo emboldened me to get fully into his character. It was a profound experience."

Adnan Malik also shares how much effort was put in to get the right look for Romeo: "Asim had written him as a young man who wore checkered half sleeve shirts with jeans. I did not think that jeans went well with the character and found a pair of pastel coloured, bell-bottomed pants, which my father wore in the sixties, for Romeo. They gave the character a retro look and I decided to give Romeo a moustache and add a cut to one of his eyebrows to allude to a more complicated and, perhaps, dangerous past."

"I think that the effort that was put into getting Romeo’s look right was rewarded very richly. He looks like he is from another era, and, in many ways, given his values, he really is. His world view and sincerity are from an era far gone. In many ways, Romeo embodies nostalgia in the film," he concluded.