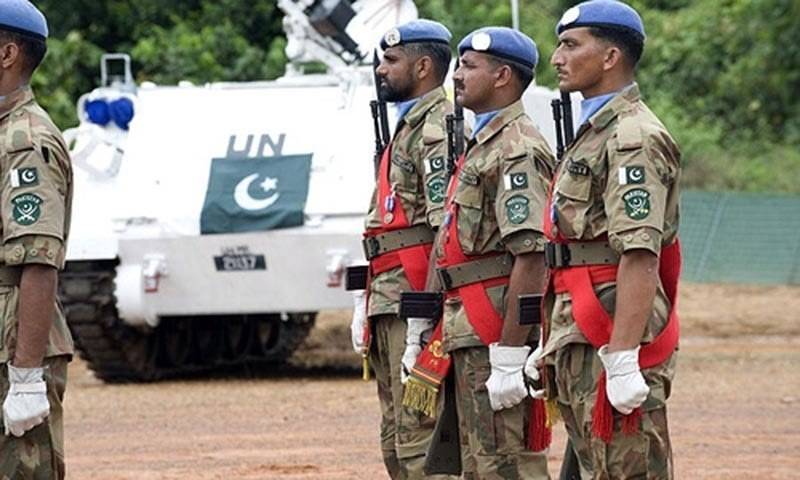 ISLAMABAD – Ambassador of Japan to Pakistan MATSUDA Kuninori on Friday highly commended the services and contributions rendered by the Pakistan Army to the UN Peacekeeping operations over the past many decades.

Ambassador MATSUDA, in his letter to Chief of Army Staff General Qamar Javed Bajwa, on Friday appreciated the services of Pakistan army, said a press release.

MATSUDA also expressed his best wishes and hoped that Pakistan’s flag continue to rise high in future in UN Peacekeeping Missions as the country has a long history with UN peacekeeping.

The International Day of United Nations (UN) Peacekeepers is being observed today (Friday) to pay tribute to the uniformed and civilian personnel's invaluable contribution in maintaining the peace across the world.

In his message in connection with the International Day of UN Peacekeepers, Chief of Army Staff, General Qamar Javed Bajwa said sense of purpose and commitment of Pakistan towards global peace under UN charter remains unflinching.

Army Chief said that Pakistan commemorates 'Spirit of Sacrifice' of our valiant peacekeepers, who continue to serve humanity in challenging and restive regions of the world.

The United Nations Secretary General António Guterres, in his message, said as we commemorate the 20th anniversary of Security Council Resolution 1325 on Women, Peace and Security, we must do more to achieve women's equal representation in all areas of peace and security.

He said together, let us continue to wage peace, defeat the pandemic and build a better future.

The theme for this year's Day is "Women in Peacekeeping: A Key to Peace".