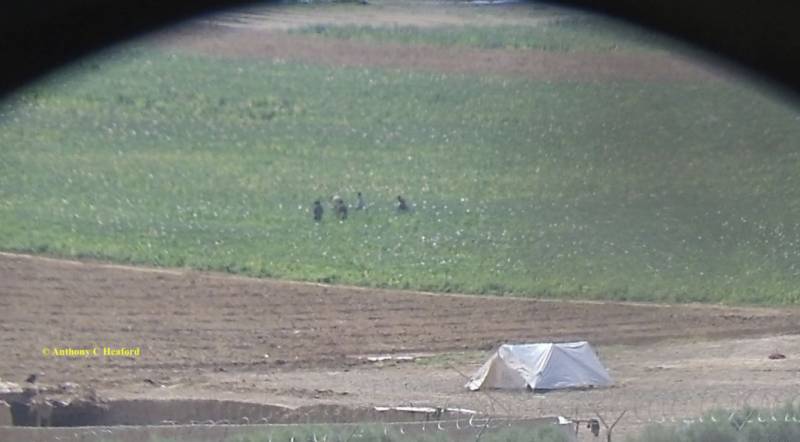 KABUL - A former British soldier who visited the war-torn Afghanistan during his service has claimed that the foreign troops intended to restore law and order in the war-torn country were actually protecting the harvest of Opium.

Anthony C Heaford, who stayed in the Camp Shorabak (formerly Camp Bastion), a former British Army airbase, located in Helmand Province detailed that in April 2012, he was deputed at the south-east corner of Bastion’s Airfield for a twenty-four-hour guard duty.

In his article, he stated that his exact orders were that the Afghan Security Forces, both Army and Police, were harassing the compound immediately to their front.

'If we saw any Afghan Forces approaching this compound, which was just 100 metres from the perimeter fence, we were to report it by radio to the Guard Commander who in turn would alert the NATO Quick Reaction Force so they could intervene' he stated.

Heaford continued that whilst the opium harvesting adjacent to this compound was never acknowledged in the Briefing, it was 'implicit in the instructions given to protect the harvest from Afghan Security Forces interference.

Affirming his point, the soldier stated that two British Officers, a Major and Captain, visited the Guard Tower but to his dismay, they did not bother about the Opium production.

'I then pointed towards the opium harvesting a few hundred metres to our front and asked the two Senior Officers if they could see what was going on' said the soldier and maintained that the reaction was to laugh, both claiming “We can’t see anything”. 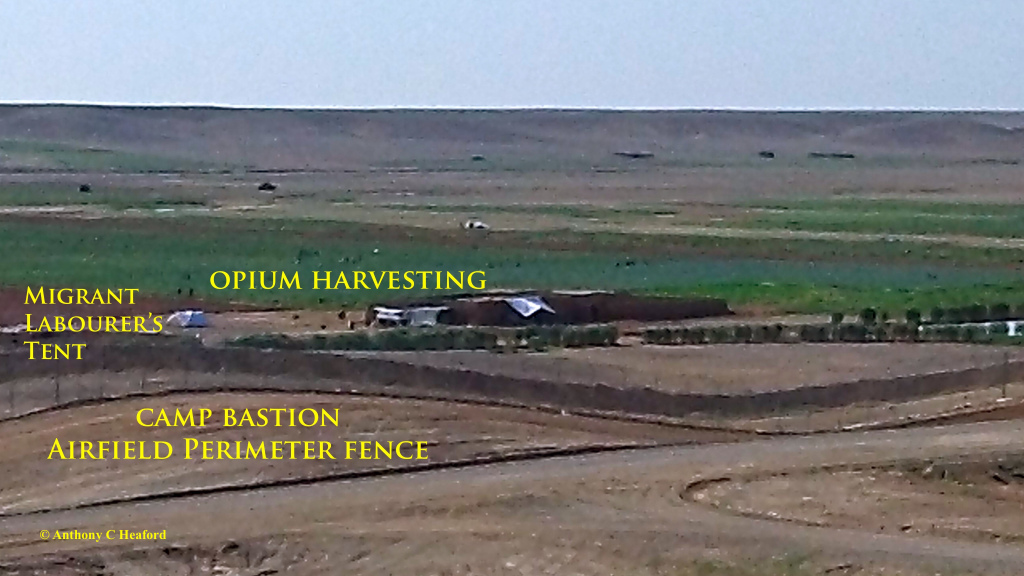 The official also demonstrated his inspection through a pictorial evidence showing that the Opium harvesting was being done inches away from the Camp Bastion airfield.

The soldier who was shocked to hear the response expressed that he was trying to highlight security concerns as he feared the migrant labourers living and working within sight of NATO’s Main Operating Base would pick up a weapon and become the enemy as soon as the opium harvest was over.

The observation of soldier proved true when just a few months later, the Taliban attacked the airfield killing two US Marines and destroying over $200 million of equipment. 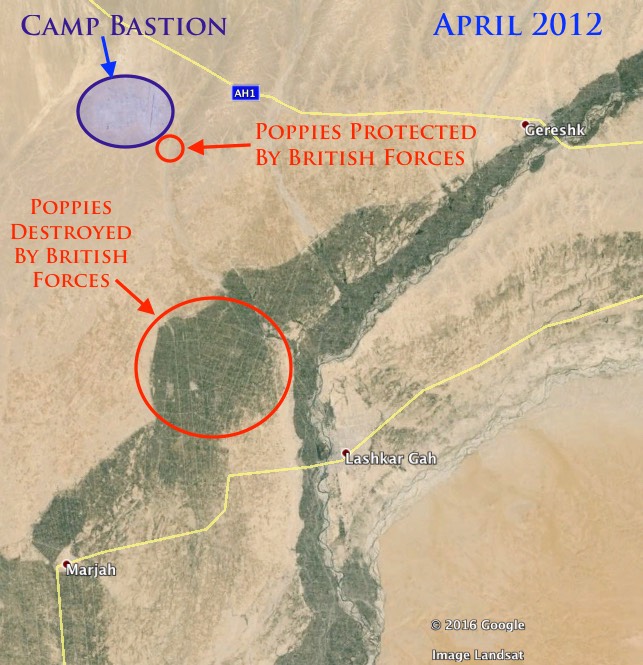 Interestingly, according to Heaford, when the Opium harvest was being safeguarded, the British soldiers were engaged in a mission to destroy poppy crops in Nadi-Ali, just 15km south of Bastion field.

The poppy eradication effort, called 'Operation Shafuq' was intended to be the Flag Ship Mission of six-month tour and it was a combined NATO and Afghan Army mission, running from 18th to 23rd April, to clear insurgents from Nadi-Ali and then destroy the poppies in the area, however, the Afghan Command started their part in 'Op Shafuk' 24 hours early, on April 17th, enabling the insurgents’ time to escape or hide their weapons before the British security cordon was in place.

In his article that appeared first on TheQuietMancunian, the soldier expressed that not just Opium, but Poppy was also allowed strategically to be cultivated near the field and General Capewell, who was the Chief of Joint Operations declared poppy cultivation close to the perimeter fence as 'a minor tactical error'.