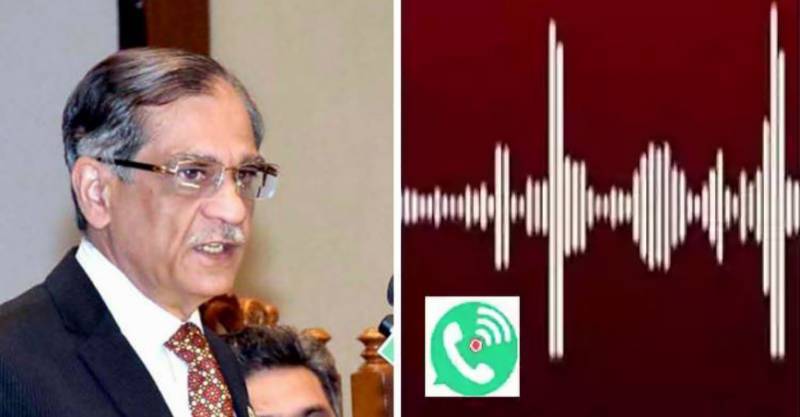 During the hearing of a petition asking for a commission to probe an alleged audio clip of former Chief Justice Saqib Nisar, CJ Athar Minallah said if we assume that the viral audio clip is authentic, then who will provide the original clip of the 'leaked audiotape'.

The judge added that do we need to investigate such things that go viral on social media. The court does not want to start judicial activism in the country, he added.

Lamenting at the lawlessness of social media, the judge said we are living in such a society where social media is working without any regulation. Every day something new comes up. How many times you will ask for launching a probe,” the CJ remarked while adding that such investigations will set a precedent.

IHC also asked for help from the Attorney General of Pakistan on the issue of the admissibility of a petition regarding the alleged audiotape. The court asked the AGP to tell whether the petition was worthy to be heard or not.

Persons behind the release of this audiotape did not show any interest in bringing the matter to the court, he opined saying political parties build narratives outside courts but never approach courts in such situations.

ISLAMABAD – A petition seeking the formation of a commission to probe into the alleged audiotape of former Chief ...

An independent commission, comprising former judges, lawyers, journalists, and civil society members, should be set up to probe allegations against the judiciary as well as the leaked audiotape, the petitioner stated.

The petition also stated that there’s a perception that the judiciary appears to operate under pressure from external powers, therefore, it is crucial to debunk the authenticity of audiotape.