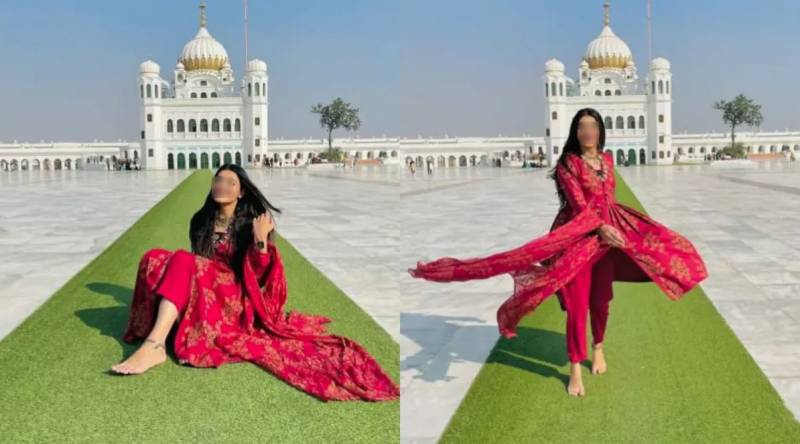 LAHORE – Information minister Fawad Chaudhry and members of the Sikh community have criticized a local brand for shooting a clothing commercial at Kartarpur Gurdwara as it hurt the religious sentiments of many believers.

It all started when a model bareheaded shot for a ladies’ clothing brand in Gurdwara Sri Darbar Sahib at Kartarpur. The shoot then garnered criticism as many noted personalities called out the brand for hurting the emotions of Sikh followers.

The President of the Delhi Sikh Gurdwara Management Committee also called for action to be taken against those involved in the photoshoot. Such behaviour and act at pious place of Sri Guru Nanak Dev Ji is totally unacceptable, he wrote on Twitter.

Such behaviour & act at pious place of Sri Guru Nanak Dev Ji is totally unacceptable!
Can she dare to do the same at her religious place in Pakistan?@ImranKhanPTI @GovtofPakistan shd tk immed action to stop this trend of treating Sri Kartarpur Sahib as picnic spot by Pak people pic.twitter.com/AwyIkmqgbC

Federal Minister for Information Fawad Chaudhry also slammed the designer and model for shooting at the Gurdwara Sri Darbar Sahib in Kartarpur.

“Kartarpur Sahib is a religious symbol and not a film set,” Fawad wrote on social media while replying to one of the tweets in which a member of the Sikh community complained about the controversial shoot.

The Designer and the model must apologise to Sikh Community #KartarPurSahib is a religious symbol and not a Film set….. https://t.co/JTkOyveXvn

Amid the controversy, many Pakistani social media users have also apologised to the Sikhs across the border in wake of the indecent act.

Gurdwara Darbar Sahib is one of the holiest places for Sikhs stretching over four acres of land. The historic corridor between Pakistan and India is the final resting place of Sikhism founder Guru Nanak Dev. The corridor was inaugurated for allowing Sikh pilgrims from India and all over the world to visit the gurdwara.

LAHORE – A Lahore court on Wednesday ordered the arrest of Pakistani actor Saba Qamar and singer Bilal Saeed for ...