Profile: Who is Malik Riaz, the owner of Bahria Town? 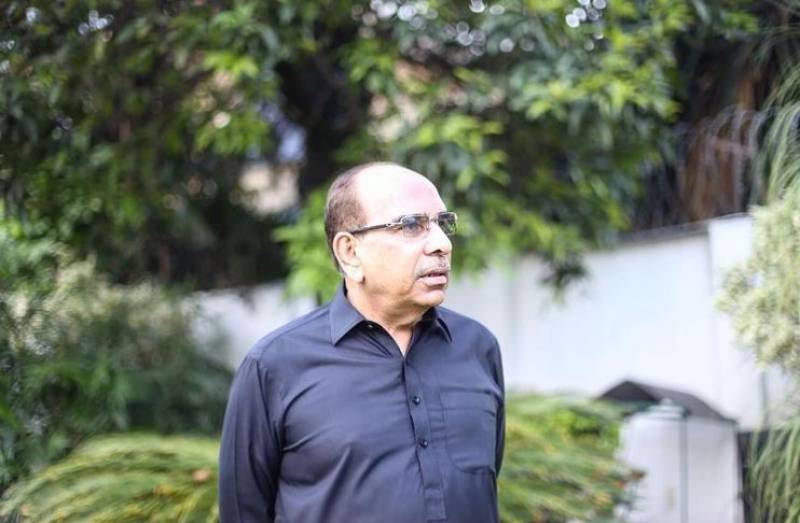 Malik Riaz Hussain, a Pakistani real estate mogul, was born in a middle class family which went bankrupt in his early years. He started working as a staffer and went from rags to riches after his roadside performances garnered international attention.

A famed philanthropist, who runs the largest private sector development in Asia, is also known for his immense charity. Foundations run under Bahria Town spend millions of rupees on the welfare of the people every year.

Pakistani business tycoon is also recognised in international media for his welfare acts as his real-estate development company serves free meals to millions on daily basis.

His construction projects also included the world's third-largest mosque as well as an old-age home, a zoo, schools, and other facilities for middle-class people.

The property tycoon, is fully committed to help the nation despite unwanted criticism, once made headlines as he paid a staggering amount of Rs130 million to get the Pakistani brothers free from the captivity of Somali pirates. Furthermore, the services for the victims of floods and earthquakes are also on record.

His real estate company, which has worldwide offices including in London, United Kingdom and Dubai, has around 60,000 employees, making it one of the largest private-sector employers in the South Asian country.

Replica of Trafalgar Square London, UK – a public square in the city of Westminster – was the first landmark of Bahria town and set tone for community. The replica in country’s cultural capital is exquisitely built as its precision depicts human resourcefulness.

Famous for his "heart of gold for the poor" that he has devoted an entire department and has involved a large number of people directly from his company, for charitable projects.

Whether it is natural calamities, unfortunate incidents, or social challenges; Malik Riaz has remained in the public eye. Many of the needy people who wanted a large amount of money for medical purposes also appealed to him on public forums in light of his past endeavours.

In 2010, Bahria Town Chairman donated a major amount of his assets for the relief and rehabilitation of flood victims. He announced $2 billion to the cause of helping the victims and elaborated the severity of the calamity damaging the agriculture and economy of the country throughout impacting business and trading activities by up to 60 percent.

Nation also praised Malik Riaz as he spent over Rs11 million on treatment of a young student who suffered serious injuries during attack on the Army Public School by terrorists.

The student of Pakistan’s Army run school was left almost completely paralysed after attack. Medical professionals told the bereaved parents that there was no treatment available for the kind of complex spinal injuries and his parents had lost all hopes but the boy walked again thanks to Malik Riaz as he provided free treatment in the UK.

The Malik Riaz Dastarkhwan provides two meals a day for the poor is another contribution that serves more than 35,000 people in one of the world's most populous countries. His vision to maintain an economic balance and harmony in the society has earned him praise and recognition on various national and international forums besides the great rewards of the hereafter.

Following the charity, Bahria Town’s founder also extended human resource and logistical support to the incumbent authorities and many international NGOs on time.

“Fund For The Pakistani Common Man” which includes free food centers, free education, clean water, health and sanitation, and also skill enhancement with basic training centers to prepare the poor to find employment is another project of Bahria Town.

Malik Riaz, in a recent appeal to his billionaire friends, said he was not the only one indebted to Pakistan as he urged top industrialists to develop a platform to provide sustainable employment to youth. Malik believes the affluent must contribute to end hunger and provide a sustainable social and economic system.

Now counted among the leading industrialists in Pakistan, Ahmad entered the family business as a procurement manager in the sales and marketing department and his dedication helped him to become the project manager and in a few years the CEO of the country’s largest real estate. He also supervised a number of projects including Bahria Golf City.