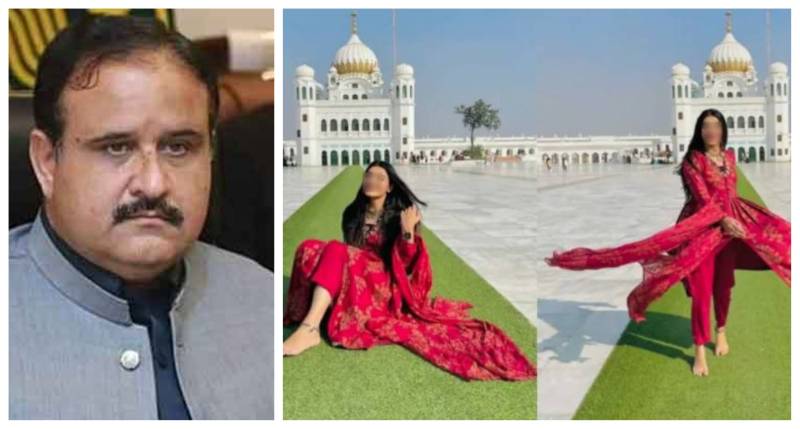 LAHORE – Punjab Chief Minister Usman Buzdar has taken notice of a fashion photoshoot at the Gurdwara Darbar Sahib in Kartarpur that sparked criticism on social media.

A female model had bareheaded shot for a ladies’ clothing brand in the gurdwara, one of the sacred places for Sikh followed.

The chief minister has ordered an inquiry into the matter and summoned report from chief secretary. He also vowed to take action against those involved in granting permission for modeling.

He also expressed sadness as the incident hurt the feeling of the Sikh community.

The action comes after  an Indian Sikh independent journalist, Ravinder Singh Robin, criticised the model's photos on Twitter earlier in the day.

"Modelling bareheaded for ladies' attire, in the premises of Gurdwara Sri Darbar Sahib at #KartarpurSahib in Pakistan, by a Lahorite woman has [severely] hurt the religious sentiments of Sikhs," he wrote.

Federal Minister for Information Fawad Chaudhry also slammed the designer and model for shooting at the Gurdwara Sri Darbar Sahib.

“Kartarpur Sahib is a religious symbol and not a film set,” Fawad wrote on social media while replying to Robin.

The Designer and the model must apologise to Sikh Community #KartarPurSahib is a religious symbol and not a Film set….. https://t.co/JTkOyveXvn

The photos of the model were shared on the Instagram page of a clothing brand named Mannat Clothing, but were removed after the criticism.

LAHORE – Information minister Fawad Chaudhry and members of the Sikh community have criticized a local brand for ...