Clinton in trouble with FBI again as deleted emails resurface 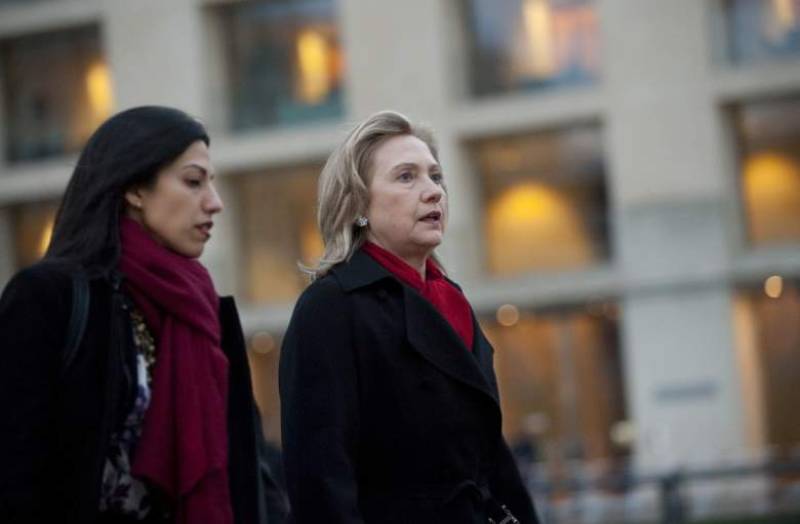 What could worsen the situation for Mrs. Clinton was the fact that FBI had earlier closed the investigations into the private server case of presidential nominee in July without charging him. The latest discovery of e-mail's could exacerbate Clinton's panic who is apparently geared up for White House.

"In connection with an unrelated case, the FBI has learned of the existence of emails that appear to be pertinent to the investigation, I agreed that the FBI should take appropriate investigative steps designed to allow investigators to review these emails to determine whether they contain classified information, as well as to assess their importance to our investigation" FBI Director said in an e-mail to Congress.

Weiner, the estranged husband of Clinton's trustworthy assistant Huma Abedin is already facing investigations pertaining to his alleged exchange of illicit text messages with a 15-year-old girl based in North Carolina.

Reports were rife that Huma Abedin also exchanged e-mail's with Hillary through the same laptop used by Weiner although the FBI has seized that along with other communication gadgets of former Congressman for fear of classified information being shared through these.

The existence of emails pertinent to the closed investigation into Hillary Clinton’s private email server discovered on Weiner's laptop could add insult to the injury of former secretary of state who is addressing public gathering now a days.

On the other hand, The 69-year-old presidential nominee apparently shrugged off the FBI discovery and demanded an early release of all the information related to the case.

The unfazed Hillary also took aim at the FBI Director Mr. Comey for making the disclosure so close to the election.

“We are calling on the F.B.I. to release all the information that it has” she said while addressing a news conference.

“Director Comey’s letter refers to emails that have come to light in an unrelated case, but we have no idea what those emails are and the director himself notes they may not even be significant” Podesta said.

Hillary's foe, Donald Trump who is quintessentially in hot pursuit of any point to dent Hillary's campaign vehemently expressed that finally justice would be done.

“Hillary Clinton’s corruption is on a scale we have never seen before. We must not let her take her criminal scheme into the Oval Office” Trump said.

“I have great respect for the fact that the F.B.I. and the D.O.J. are now willing to have the courage to right the horrible mistake that they made" he added.

Although the FBI has not specified any time line for conclusion of the investigations in the aftermath of Weigner connection, still the political observers are eyeing a tough contest between Trump and Hillary which was earlier an easy battle for the latter.

Mrs. Clinton's electronic conversations have been a long standing issue. Earlier, WikiLeaks released e-mail's of the politician in which the candidate allegedly delivered paid speeches to the banks.

Read More: Hillary staff allegedly behind campaign to frame Assange as a pedophile