Hillary Clinton made a small fortune by arming ISIS: Wikileaks 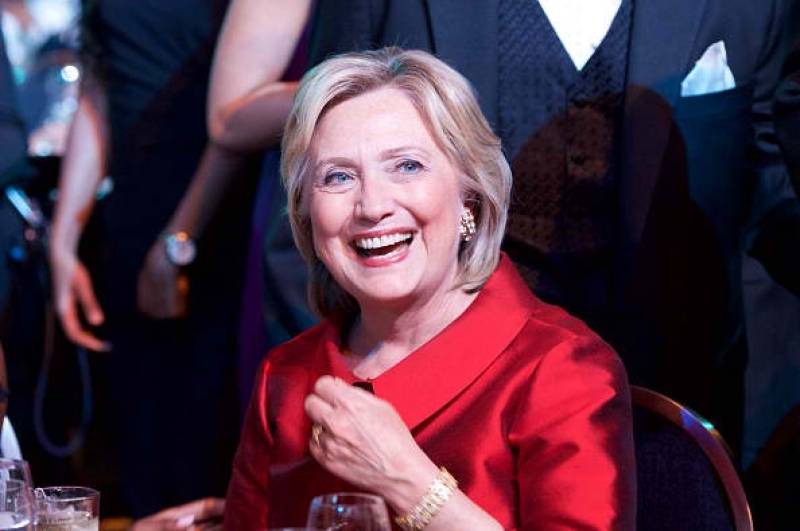 WASHINGTON - In a sensational development, the Wikileaks founder, Julian Assange, has revealed that US Democratic presidential candidate Hillary Clinton earned $100k while she was director of a company tasked to arm the rebels in Syria.

In an interview with Democracy Now, Assange claimed that along with the office of the Secretary of State, Hillary Clinton was also the director of the French company Lafarge, which was handling the US's secret mission in Syria that aimed to topple the government of President Assad.

"Hillary’s hacked emails include info on Hillary arming the rebels in Syria - which ultimately became the Islamic State militant group ," he went on to say while responding to a query.

He further added: "As Secretary of State Hillary Clinton helped arm the terrorists in Syria and Libya, she helped overthrow President Assad, and even laughed about the death of former Libyan President Gaddafi".

On the occasion, he also urged the Federal Bureau Investigation (FBI) to catch Hillary Clinton for the charges, if they "really want to".

She archived her emails like "the library of Alexandria, there is proof within those emails that she knowingly armed jihadist including ISIS," he said.

Earlier, immediately after FBI announced not to file any charges against Hillary Clinton over leaked emails scandal, the Wikileaks head had announced to publish more information about her.

He said that the information could easily be used by the government to indict Clinton, but was skeptical if the FBI would ever actually pursue this course of action.

“The contents of those emails will confirm that Clinton dismissed the reluctance of Pentagon officials to overthrow Libyan President Muammar Gaddafi in 2011, while they had also predicted the possible outcome of the war in Libya, that we are witnessing today," he said.