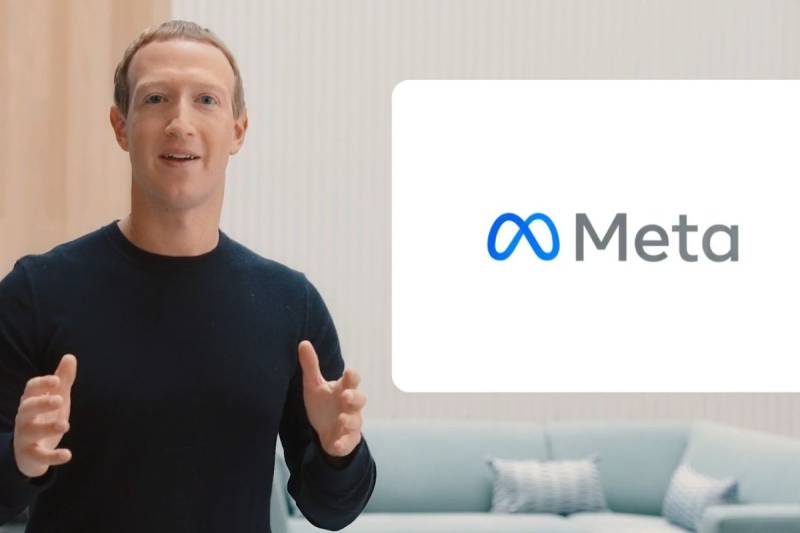 MENLO PARK – Mark Zuckerberg Thursday announced the change for Facebook’s parent company during the annual conference which highlighted its efforts on the metaverse.

The social networking giant changed the name of its holding company to Meta, in a rebrand that comes as US-based company faces a number of public relations crises.

Company CEO Zuckerberg during the Connect conference said “From now on, we’re going to be the metaverse first, not Facebook first. Our brand is so tightly linked to one product that it can't possibly represent everything we're doing today, let alone the future.”

As the vision is expanding to virtual spaces where individuals interact via digital avatars, the tech conglomerate said it is not changing its corporate structure and will trade under the ticker symbol MVRS.

Announcing @Meta — the Facebook company’s new name. Meta is helping to build the metaverse, a place where we’ll play and connect in 3D. Welcome to the next chapter of social connection. pic.twitter.com/ywSJPLsCoD

With the change of parent company, Zuckerberg outlined his plans to build a digital world comprising virtual reality headsets and augmented reality. “We believe the metaverse will be the successor of the mobile internet,” tech billionaire said while adding that “we’ll be able to feel present like we’re right there with people no matter how far apart we actually are.”

He also mentioned, “we’ve learned a lot from struggling with social issues and living under closed platforms, and now it is time to take everything that we’ve learned and help build the next chapter”.

“The best way to understand the metaverse is to experience it yourself,” Zuckerberg said while adding that “it doesn’t fully exist yet”.

Facebook co-founder mentioned that the company would continue to offer services to developers at low cost or for free, in an attempt to attract a critical mass of people to the platform as the firm dedicated $150m to developers to create new applications, games, and immersive programs in the metaverse.

MENLO PARK – Social media giant Facebook is reportedly planning to rebrand itself with a new name to focus on ...

The same structure was earlier adopted by search engine Google in 2015 when it put all its products under a parent company named Alphabet.